European podiums for our i20 R5 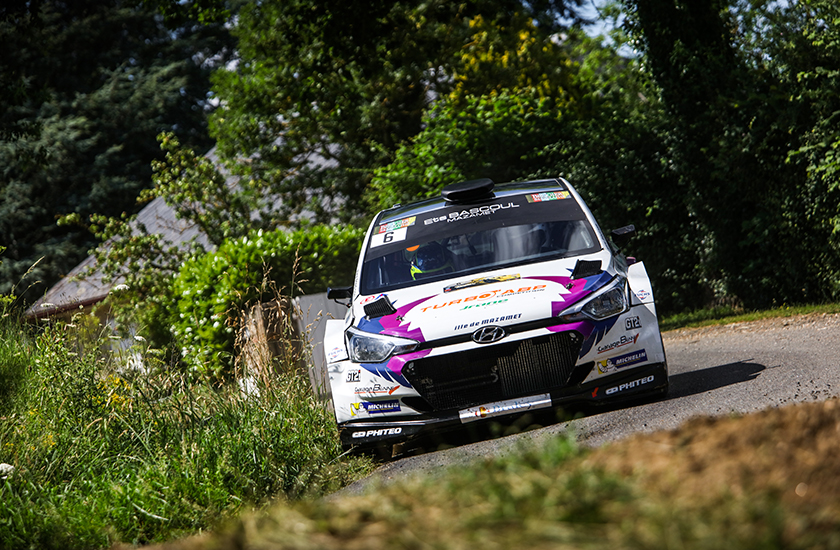 European podiums for our i20 R5

The summer months in Europe have seen many drivers continue to push for podiums in our i20 R5.

The Sarrazin Motorsport-run i20 R5 of Quentin Giordano and Yannick Roche set the fastest time on the opening stage, while Vincent Leduc quickly found performance in his first national championship start of the year.

Our Italian i20 R5 customers, Friulmotor, continued to pursue victories with their two i20 R5 rally cars taking a pair of second places.

The team’s other second place came under the Hyundai Team Slovenija banner at Rally elezniki (June 29-30). The result helped to cement Claudio de Cecco’s second place in the championship with a long summer break between now and the next round in September.

Among the extra depth in the entry list, i20 R5 driver Eddy Abou-Karam was able to fight for a podium place, challenging his fellow Lebanon championship regulars and the visiting drivers.

With the entire top-four covered by less than ten seconds, the competition was fierce; a strong and consistent pace delivered by the Hyundai Team Portugal i20 R5 crew saw them finish 0.3 seconds away from third position. With the result, however, they extended their advantage in overall standings.

Our Hyundai Motorsport Customer Racing Deputy General Manager Andrea Adamo summarised: “Our i20 R5 rallying customers are well placed in their national standings, and with the summer break now ahead for many we must continue our support work to ensure they can resume their championship challenge for the second half of the year.”