Behind the scenes
Workshop

It is not only our i20 Coupe WRC cars that have to be rally-ready. We also have special road-going recce cars that are expertly prepared by a dedicated team, whose hard work allows our crews to create their pace notes with pinpoint precision.

Of the entire team, it is our Recce colleagues who spend longest on site during an event. They arrive first, almost a week before the rally gets underway, and leave last, often long after the celebrations have ended.

The ‘recce’, a shortened version of the word ‘reconnaissance’, is where all the preparatory groundwork is laid for a rally. It is where our crews compose pace notes before tackling the stages at speed.

While our main WRC cars have a larger team of mechanics, the recce team is much smaller, but is composed of an equally dedicated and flexible workforce. They have to turn their hand to a range of skills, being mechanically minded enough to prepare the cars but equally well organised and quick-thinkers.

It is not possible to completely recreate a rally car but our recce team’s hard work focuses on getting conditions as close as possible. With only two opportunities to ‘recce’ a stage, once to compose notes and once to verify and improve them, there is no room for error.

Regulations permit the use of production 4WD cars with some minor but important changes. For instance, the recce cars need modifications based on the type of terrain, as well as integrating feedback from the crews themselves to make seat or interior adjustments to suit their preferences.

Working with the Electrics Department, our Recce colleagues prepare a range of internal systems, including GPS set-up and a tripometer to record data. Using a reset button on the steering wheel, the driver works out the distances between corners and the angle of turns. The co-driver notes down the information. After each corner, the button is pushed to reset the data. On the second run, the co-driver reads back the information with further modifications being made, ready for the rally.

We have around ten recce cars at any one time that all need careful maintenance, four of which are travelling around the world in containers for overseas events. Each member of the Recce team knows the vehicles inside and out. There are no specialties when it comes to the Recce team. Their role is multi-pronged; during events, they switch to tyre and wheel management.

Recce may seem like a straightforward activity for our crews but it can make or break a rally weekend. It is varied work and requires a special type of mind-set. Each of our Recce colleagues has to think on their feet to ensure our crews can attack the world rally stages confidently and competitively, safe in the knowledge they have acquired from inside their recce cars. 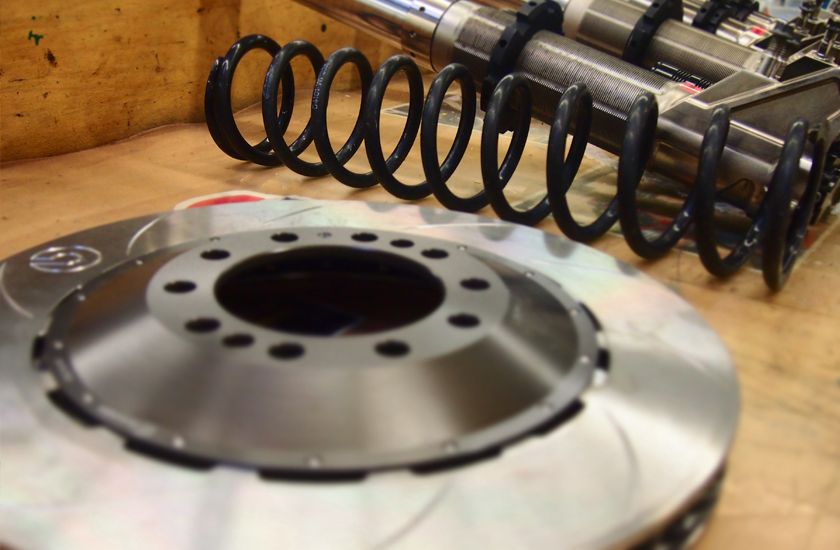