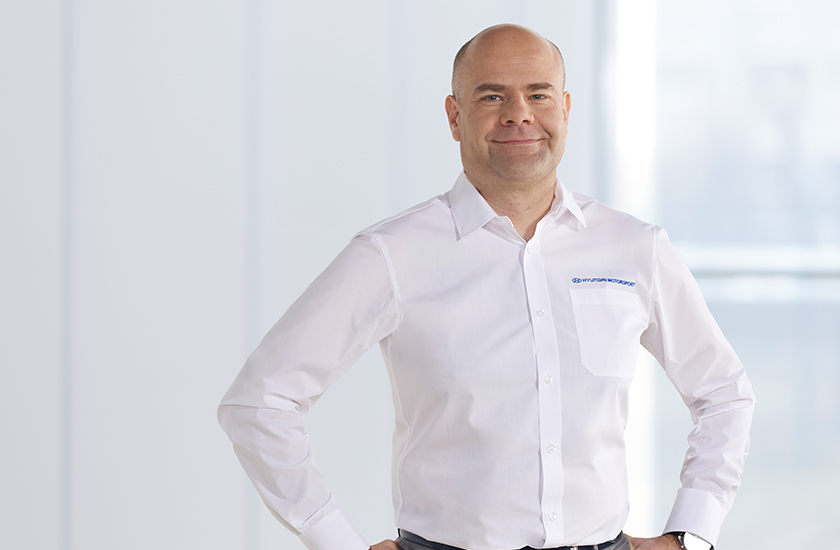 The launch of the 2019 FIA World Rally Championship (WRC) at the Autosport International show in Birmingham, UK, will mark the first public appearance of our Team Director Andrea Adamo since taking on his new role.

Andrea spent three years establishing the company’s successful Customer Racing department. In his new role, he oversees all motorsport activities from our Alzenau base, including WRC and ongoing development of the i20 R5 and i30 N TCR cars for customers around the world.

We caught up with Andrea to look at his career to date, his thoughts on the role of Team Director and the immediate priorities for our WRC activities.

Andrea, how did you first become interested in motorsport?
“My father worked in the Italian ASN as a technical scrutineer so it was an environment that surrounded me while growing up. At around 14 years of age, I decided that I wanted to be a motorsport engineer. I attended technical school before going on to study engineering in Turin.”

What was your career path before joining Hyundai Motorsport?
“While I was a student, I was already co-operating with Abarth on rallying and racing. I was then a junior aerodynamicist in the DTM days before starting to work in super touring. I was a race engineer in Italian and Spanish championships with super touring cars. I was with FIAT Group until 2008 when they decided to reduce their motorsport activities. I then became a consultant working for many companies, including a Lotus rally car project, as well as N Technology until 2012 when I moved to Honda Racing to work on WTCC until 2015. At the end of that year, Hyundai Motorsport contacted me and the time was perfect for a new challenge.”

How did you set about establishing the Hyundai Motorsport Customer Racing department?
“When I joined there were just three of us, and the focus was on the R5 program. We had to create the entire department from scratch, building and developing a car, and growing a customer base in a short space of time. It was an ambitious, tough target but we achieved it. Since then we’ve added a successful TCR project, which – alongside WRC and R5 – is helping us to create a strong reputation for the Hyundai name in global motorsport.”

Your new role as Team Director, what will that mean for you personally?
“I am excited to take on this new role with the additional responsibilities that it will bring. On the one hand it will be a big challenge but on the other I hope to unify and merge our various motorsport activities – WRC and Customer Racing. We have a great team of people in Alzenau so my aim is to create a cohesive working environment, optimising resources and continuing to build on the foundations that have been laid up to now.”

What are the immediate priorities for WRC?
“I am not the sort of person who comes in and changes things for the sake of it. I need to spend time to understand what is working and where we need to make adjustments. I have been asked to help the company to be successful but this is a team effort. We need to continue the work that has been done before. This team has fought for the WRC title for the past few years so, with humility, I will do what I can to take us the extra step that is needed.”