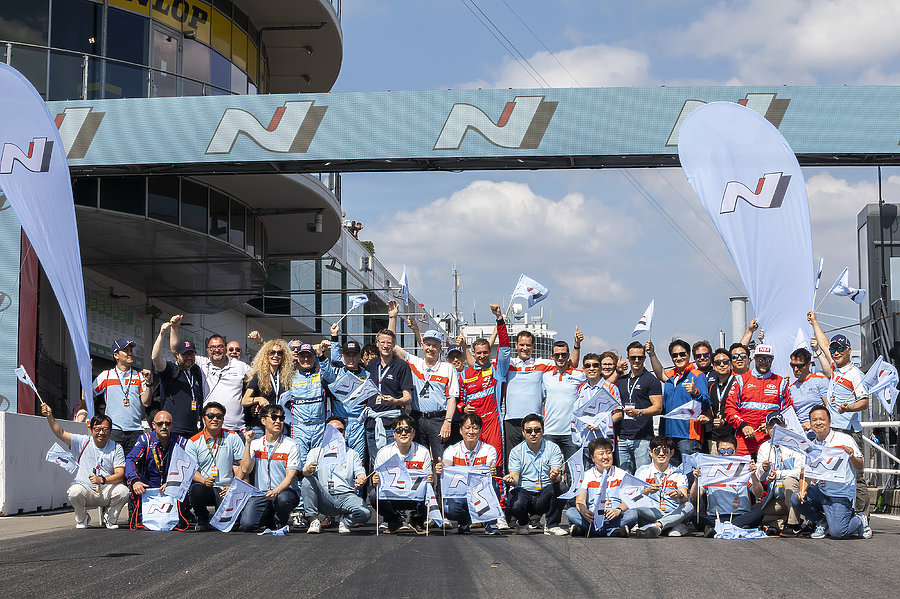 A rollercoaster race weekend at the Nürburgring 24 Hours resulted in our i30 N TCR and Veloster N TCR cars securing a hard-fought double podium in the TCR class.

Both cars demonstrated impressive pace around the Nordschleife but the performance was hampered by separate on-track incidents.

Our cars set the TCR benchmark throughout practice and qualifying; the i30 N TCR smashed the previous lap record for endurance TCR cars around the 25km circuit by three seconds on its way to pole position.

The first stint of the race reinforced the potential with the i30 N TCR leading the Veloster N TCR and extending its advantage over teams in similar cars. A minor electrical problem cost the Veloster N TCR crew 15 minutes in the pits, dropping them down the order.

Back in the Ring

Meanwhile, the i30 N TCR continued to lead until the end of the fifth hour when contact with a GT class entry resulted in heavy contact with the barriers. The team worked hard to get the car back into the race by the midway point.

An incredible comeback by the Veloster crew saw them charge into a comfortable class lead. However, a further technical issue prevailed and saw them drop to third place with five hours left on the clock.

Both crews continued to push relentlessly to the chequered flag to secure a double podium finish. Our two cars set the fastest TCR laps of the race and demonstrated impressive fuel economy that allowed the crews to stop fewer times than their rivals.

“It’s a pity that, at the end, we were just second and third in a race we dominated for most of the event,” said our Team Director Andrea. “We cannot forget that to finish second and third in such an amazing event, and that is so demanding for the car, the team and the drivers, is something very nice. It’s very emotional every year to be here and forge ever-closer links between Hyundai N TCR cars and the Nürburgring.