A day in the life of WTCR

Behind-the-scenes of a race weekend 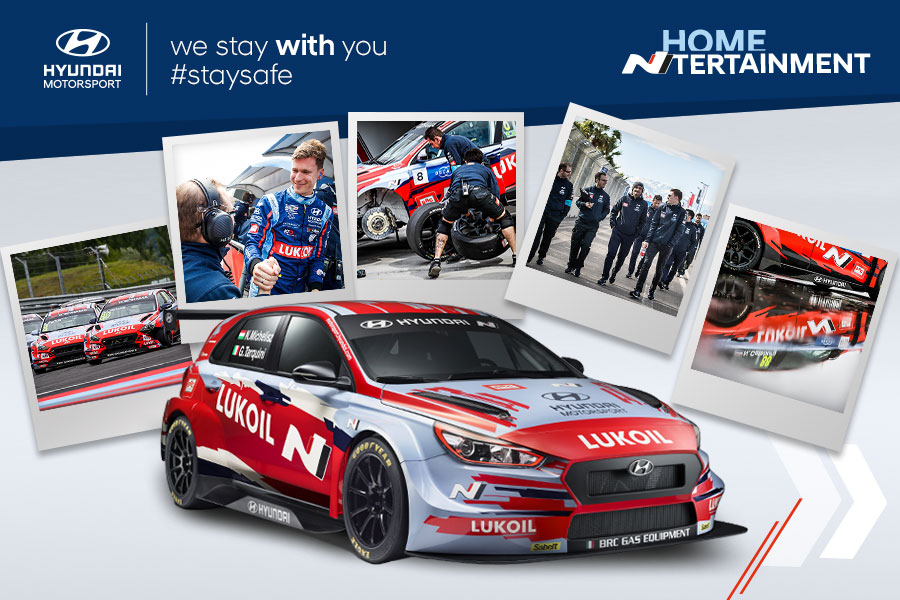 Behind-the-scenes of a race weekend

As promised a few weeks ago, our customer BRC Racing Team has returned to give us a first-hand account of a typical race weekend in WTCR – FIA World Touring Car Cup.

From setting up the garage and cars, to the atmosphere on the grid, the weekend can be intense in its preparations for each on-track session. BRC Racing Team details what goes on behind-the scenes to ensure a successful outcome.

Arriving at the circuit
On a typical WTCR race weekend, the team will arrive a day or two before any on-track action begins. The mechanics are often the first at the circuit, and are in charge of unloading the trucks at European rounds or the containers at overseas races.

“The set up always depends on the circuit. Overseas we tend to use permanent garages at the circuit, whereas in Europe we set up our own structures connected to one of our trucks. On average it takes about five or six hours to set up our home for the weekend.”

The track walk
The track walk is a vital part of preparing for the on-track sessions, and is often the first briefing the team has with the drivers. As circuits evolve year-to-year, it is important to note any changes on the track; there may be new tarmac in places, which can affect grip levels, or bumps or kerbs that are different to previous years and may change the drivers’ racing line. The entire track is covered by foot and every detail analysed, with the team raising any concerns and discussing optimal overtaking points.

“There is greater care and attention to detail if it is a new location for the drivers or engineers. This is often followed by video analysis of the previous event at the track, and a general pre-event briefing with the whole team where the goals and strategy for the weekend are shared.”

Free Practice
The first opportunity to shakedown the car after arriving at the circuit, Free Practice sessions are used to run qualifying and race simulations as well as identify any issues with the car. If the car has undergone repairs or upgrades from the previous round, it is a chance to check everything is working as expected.

“Each on-track session has a briefing and de-briefing attended by the team manager, the engineers, and the drivers, so they are quite intimate. We discuss our learnings, any changes we may want to make to the set-up of the car, and our strategy for the sessions ahead. Often, the next one is only a few hours away, so it’s important to remain calm and thorough in our preparations and not let the pressure affect our focus.”

Qualifying
Qualifying is arguably the most important on-track session of the weekend, as it heavily influences the outcome of the races. Every driver wants to be on pole position, with a clear view to the first corner. The qualifying session is divided into three parts, with only the five fastest cars progressing to the final round to battle for pole. This determines the starting positions for Race 1; the top-ten in the session is reversed for Race 2. The mechanics prepare meticulously to give the driver the fastest car possible for their flying lap. Adrenaline tends to run high in these moments, as the drivers try to deliver the full potential of the car and secure a good grid slot.

“With the partial reverse grid in Race 2 in WTCR, there may be a strategic advantage to be the ninth or tenth fastest in the session to secure a front-row start. Starting in the middle of the chasing pack can increase the risk of contact with other competitors during the race.”

Before the race
As the first race approaches, the tension rises. The cars line-up in the pit lane before heading out onto the circuit. On the grid, the drivers will find their mechanics and race engineers ready and waiting for them at their grid slot. VIPs and guests are invited for a grid walk to get up-close and personal with the teams in the final moments of calm before the storm.

“Some drivers will get out of the car to go over some final details with their engineers or give interviews to various television crews, while others prefer to stay focused and undisturbed in the car. It is a time to clear the head and ignore the building pressure, and prepare for the moment when the lights go out.”

The pit wall
While the mechanics watch the race from the pit lane, ready to jump into action at a moment’s notice if there’s an incident or a repair needed, only certain members of the team are permitted on the pit wall. Usually, it is the team manager and the race engineers, while the number two mechanic presents the pit board to the driver each lap – an incredibly useful back-up if there are issues with radio communications in the session.

“The engineers analyse the monitors, checking GPS, weather maps, car positions, and the times of our drivers in each sector. Strategies are established at the pit wall – the driver cannot see all the data and information we have, so they will be unable to make these crucial decisions alone. We encourage a driver to push if we feel they have a faster car than their closest competitor, or instruct them to look after the car if we have spotted an issue through the data.”

After the race
The perfect WTCR ends on the podium. The winning team is invited to send a representative to join the podium celebrations and accept the teams’ trophy. It’s a good opportunity to acknowledge a team member that may have made a crucial strategy call, or to recognise the contributions made by partners and sponsors to the success of the team.

“Without the support of our sponsors and partners, we wouldn’t be able to go racing. When we won at Race of Portugal 2019, it was nice to be able to show our appreciation and gratitude to our sponsor, LUKOIL, by asking them to be our representative on the podium. They are as much a part of our team as our drivers, mechanics and engineers.”