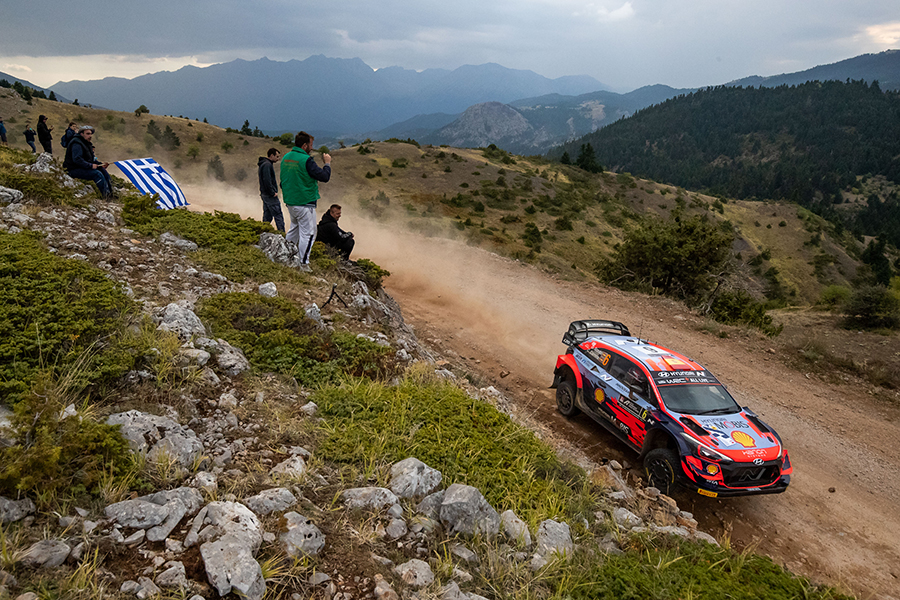 We travel to Acropolis Rally, round ten of the 2022 WRC season, feeling positive after back-to-back wins in the last two events. Our i20 N Rally1 has demonstrated it can compete for victory on a variety of surfaces, but we remain focused on improving in all areas as we approach the demanding gravel rally.

“Our target will be to stay out of trouble and be in a position to battle for the top spot heading into the final stages,” said our Deputy Team Principal Julien. “We have an excellent line-up that we believe can do this and deliver another positive weekend for the team.”

The Rally of the Gods
The legendary Hellenic event is gruelling, boasting high temperatures, twisting mountain stages and treacherous road conditions. While speed will be key to producing a strong result, winning the war of attrition will also be vital in the fight for the podium places.

Ott and Martin managed to balance pace and reliability effectively at the 2021 edition of Acropolis Rally, where the pair finished second overall. Our Estonian crew is currently filled with confidence following its recent victories in Finland and Belgium.

“Acropolis Rally is a great event; the roads are smoother than they seem and nice to drive,” commented Ott. “We are feeling positive after winning in Ypres, and as we were able to get on the podium in Greece last year, it is our hope that we can do the same again next weekend.”

Finding the balance
For Thierry and Martijn, Greece is a chance to bounce back after retiring from the lead of their home event. The line-up of crews in our i20 N Rally1 is completed by Dani and Cándido. The Spaniards have secured a top-three finish on their two previous WRC outings in 2022, both of which were on gravel.

“Greece will be a very challenging event,” said Thierry. “The days themselves are also gruelling, with early starts and late finishes. We will need a reliable and strong car to battle the terrain and the heat, which will make it tough also for us in the cockpit.”

“The gravel roads are also very tough on the tyres, so it will not just be about the speed in Greece,” added Dani. “Of course everyone will be pushing hard, but you will have to be clever in certain sections and not go over the limit.”

WRC2 redemption
After their win in Rally Finland was taken away by a post-event exclusion, Teemu and Mikko have their sights set on victory in Greece. For Fabrizio and Marcelo, the target will be to continue their improvement and produce a solid performance at one of the year’s most demanding events.

“I am excited for my first Acropolis Rally!” exclaimed Teemu. “It will not be an easy task, but it is one we are really looking forward to.”

“Acropolis Rally is one of those classic events that you dream of being able to drive as a child,” said Fabrizio.