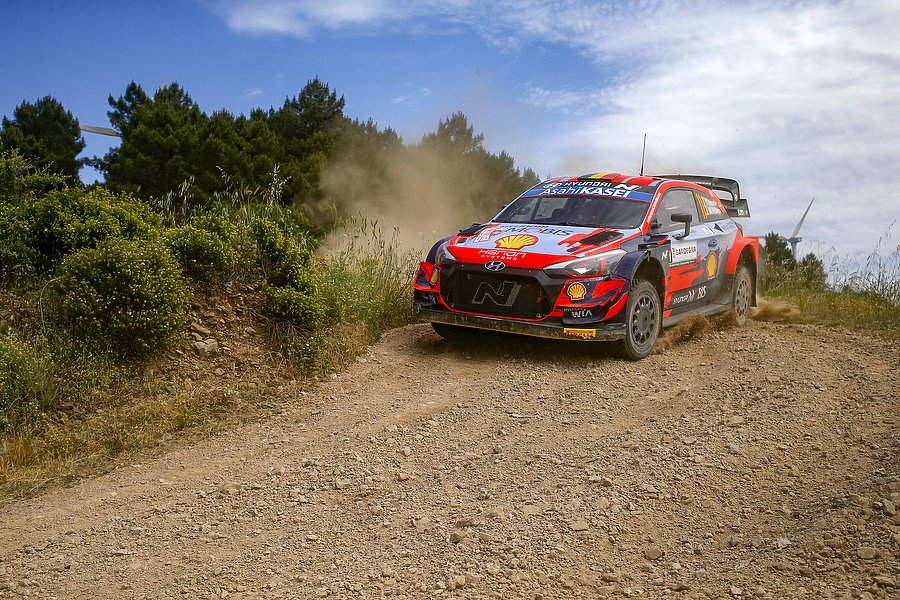 An exciting adventure is on the horizon as the WRC returns to Africa for the first time since 2002.

Safari Rally Kenya, a brand-new event for us and our crews, will be the sixth round of the 2021 season and is set to be one of the most spectacular. Known for its stunning scenery, local wildlife and punishing roads, the event will offer a fresh, yet demanding challenge.

“The Safari Rally is an iconic event in the World Rally Championship, and it will be a pleasure for Hyundai Motorsport to compete in our first WRC round in Africa,” said our Team Principal Andrea. “We head to Kenya knowing that we have to deliver.”

Rocky results
Thierry and Martijn, who scored their fourth podium of the year in Sardinia last time out, will be hoping to add more trophies to their collection.

“I think everyone is excited to have Safari Rally Kenya on the calendar,” said Thierry. “I don’t know what is waiting for us, but I hope to come back with a big trophy.”

Two crews who left the last round frustrated, Ott/Martin and Dani/Borja, will complete our line-up in the Naivasha-based rally.

“Safari Rally Kenya is a new event for me, and Africa is a place where I’ve never been,” commented Ott. “I am looking forward to it, although I expect it to a bit of an adventure.”

All three crews tested in the south of Portugal in preparation for the Safari event, but their first taste of the rocky gravel roads will be in the recce.

“Safari Rally is like nothing else, it’s an event that we have never contested, with really unique stage profiles,” said Dani. “We’re hoping to score a good result for the team, who have been working non-stop to prepare for these events.”

Anything can happen
This year’s running will retain the character of the legendary Safari of old with the rugged terrain set to put drivers, co-drivers and teams through an unprecedented test. The i20 Coupe WRC has set impressive pace in recent gravel events, so our focus will be on scoring a representative result.

“We have seen the pace of our Hyundai i20 Coupe WRC on gravel recently, but we have not achieved the desired results,” said Andrea. “The objective is for a strong team result and to re-energise our championship campaign.”

As the 2021 championship approaches its halfway point, we will do everything in our power to reduce the 49-point gap to the manufacturers’ leaders – although knowing that the Safari Rally Kenya will be anything but predictable.