Aiming for back-to-back wins in Argentina

Preview: Revisiting the scene of our 2016 victory! 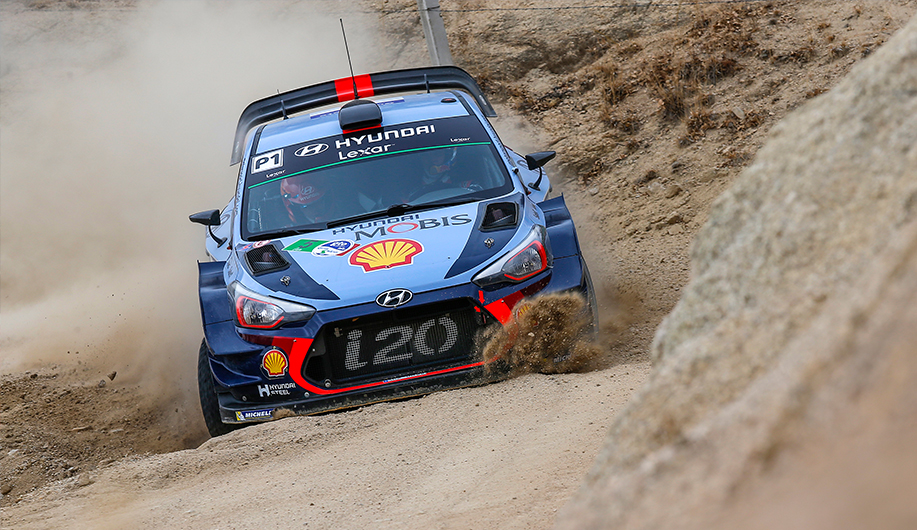 Preview: Revisiting the scene of our 2016 victory!

There is no such thing as too much of a good thing! After our first victory of the 2017 season in Corsica, we will be aiming for more of the same at Rally Argentina.

It is an event that holds special memories for our team following Hayden and John’s sensational win in 2016. We want to continue our recent competitive form as we head back overseas for the fifth round of the season.

Five in a row

Argentina will mark the first in a consecutive run of five gravel events, which will allow us to put our Hyundai i20 Coupe WRC through its paces on known terrain.

For our Team Principal Michel, the celebrations from Corsica will be quickly behind us as we look to fight at the front once again.

“We enjoyed our first win of the season,” he said, “but we have to reset our focus on our next challenge  a return to gravel. This year’s WRC is so competitive we cannot afford to rest for a moment. Returning to Argentina, the scene of Hayden’s popular win last year, we are optimistic.”

Our Belgian crew of Thierry and Nicolas have already asserted themselves as one of the most competitive crews so far this season. With four stage wins and their first podium of 2017 scored on gravel in Mexico back in March, they have high hopes of repeating their Corsican success.

“The result from Tour de Corse is still fresh in our minds so we want to carry this feeling forward,” said Thierry. “Argentina is a completely different challenge to what we faced in Corsica, but we will do our best to pick up some momentum in the Championship with another good performance.”

Dani and Marc scored their first podium of the year in Corsica with a fine third place. Our Spaniards will be expecting a warm welcome when they hit the Argentine stages.

“The rallies in the Americas are always special events for me personally,” admitted Dani. “The atmosphere is guaranteed to be fantastic, and we can really feel that support when we are on the stages. It gives us a boost. Argentina is an incredibly demanding rally for both car and crew, so we know that we will have to be at our absolute best to secure a good result.”

Back on winning ground

Hayden and John are expecting to kick-start their 2017 campaign as they return to the scene of their first ever WRC win.

“When you go back to a rally where you’ve got good memories, it’s very easy to be in a positive frame of mind,” explained Hayden. “I would love to repeat that result again, although I’m obviously under no illusions as to how difficult it will be. However, once you’ve won it once, you have to go back with the target of trying to win it again and that’s exactly what we are aiming to do.”

Rally Argentina will cover 357.59km across 18 special stages. Villa Carlos Paz will once again serve as the service park, situated 700km northwest of Buenos Aires and 30 minutes from the city of Cordoba.

Each of our crews tested in the Arganil region of Portugal ahead of the event specifically to build up their confidence on gravel.

Michel summarised: “Our Hyundai i20 Coupe WRC is still developing, with room for improvement in all areas of performance. We have taken a good haul of stage wins in each round of the Championship so far, and we hope that will continue. Our three crews have tested in Portugal to prepare for this rally, which is the first of five consecutive gravel events, and they are all eager to be in the fight.”

The action kicks off with Thursday’s Super Special Stage in the streets of downtown Cordoba. It promises to be another thriller!