Preview: Looking to hit the heights in round three 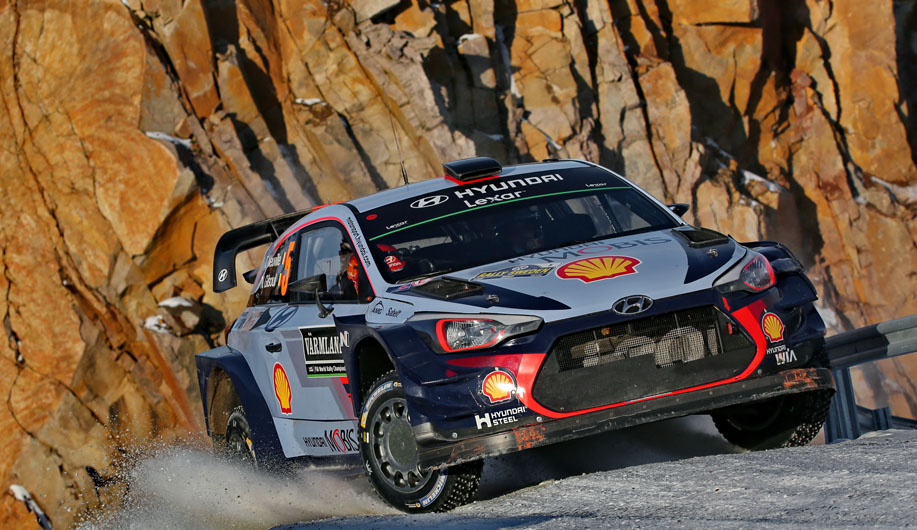 Preview: Looking to hit the heights in round three

We are heading overseas for the next round of the 2017 WRC season as we swap the wintry snow of Sweden for the warmer climate of Mexico.

Rally Mexico has been a happy hunting ground for us in the past, and was the venue of our first-ever WRC podium finish back in 2014 when Thierry and Nicolas finished third. Three years on, and we’re hoping to recapture some of that magic.

This year’s rally, the first gravel event of 2017, will offer us the chance to re-establish our Championship charge after two unrepresentative results with our competitive i20 Coupe WRC.

“I’m looking forward to Rally Mexico,” commented Hayden, who will be driving the #4 car alongside co-driver John. “It feels like a long time since we’ve been on gravel and rallying outside of Europe. It’s an event with a nice atmosphere, passionate fans and enjoyable roads.”

With thirteen stage wins and ten Power Stage points already scored this season, our i20 Coupe WRC has already shown its ability to fight for rally wins. We hope that Mexico will allow us to claim a more fitting end result.

“We are confident that we can perform well,” said Thierry. “Mexico is a unique event and one which brings back happy memories of the team’s first WRC podium back in 2014. After some disappointment in Monte and Sweden, we’re determined to fight back!”

There are two key factors to Rally Mexico: temperature and altitude. With some stages run at close to 3,000m above sea level, and being the first truly hot rally of the season so far, it will be a technical and physical test.

To be best equipped for this task, both our drivers and cars have undergone intense preparation.

“Making the transition to the warmer climate of Mexico is all part of life in the WRC” explains Dani. “We have spent time preparing for the change, with the most important process being adapting our bodies.”

We have also assessed the performance of our engine in the dyno in a bid to minimise the loss of power as a result of the thinner air in the Mexican mountains.

“Mexico is without a doubt one of the toughest events on the schedule with the altitude and massively different climate to our last event in Sweden,” confirms our Team Principal Michel. “We are happy with the work that we have done to prepare for this rally. We know what we are capable of and we are confident that we can come back strongly in Mexico.”

Our crews will scale the heights of the Sierra de Lobos and Sierra de Guanajuato mountain ranges, as well as descending to the depths for Friday evening’s underground stages, run through former mining tunnels.

Much of the itinerary remains the same as 2016, with Saturday’s test at Lajas de Oro and Sunday’s at La Calera being the only new additions to the schedule.

The location of the service park also remains unchanged, with sun-drenched Léon, around 400km north of Mexico City, serving as the event’s central hub.