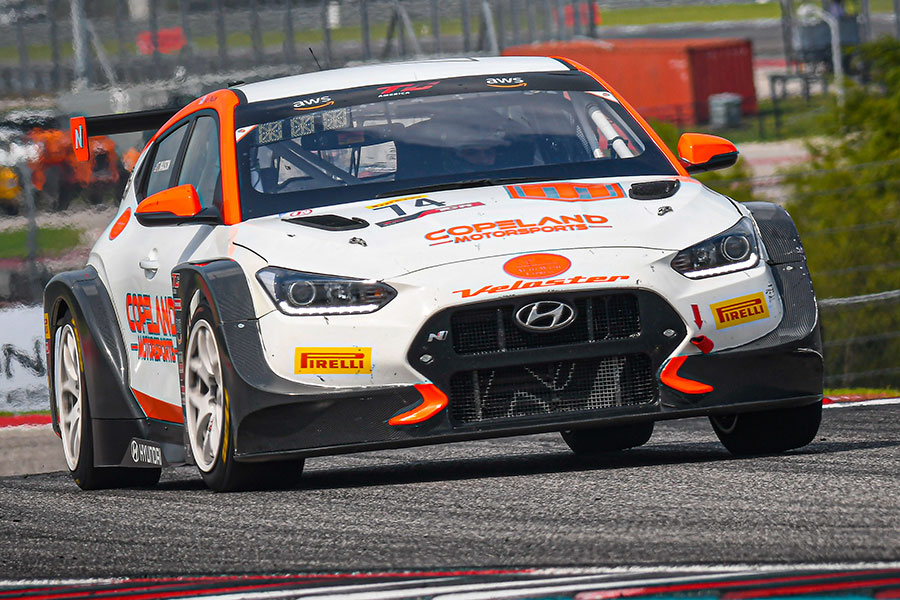 15-year-old Tyler Maxson has claimed the TC America drivers’ title at the end of a dominant maiden season in the Veloster N TCR. His success also saw Copeland Motorsports take the teams’ honours for the TCR class.

In a year interrupted by the global pandemic, Tyler proved to be unstoppable, claiming a total of 11 victories in the Veloster N TCR, demonstrating his speed and consistency with the car right from the opening round at Circuit of The Americas.

Starting on the front row, he won the two opening races, heading a 1-2 for the team with his team-mate Nikko Reger also realising the car’s potential.

When action resumed at Virginia International Raceway and Sonoma Raceway in July, Tyler picked up where he had left off. His nine-race winning streak ended at Road America by which point he had already amassed a sizeable lead in the standings.

Keeping up the pace

Returning to COTA in victorious style, Tyler mathematically clinched the title, leading every lap of race one from pole, and setting fastest lap in the process. Even with his title confirmed he showed no sign of easing up; winning the second race from pole.

Fortunes didn’t allow him a triumphant final weekend on the Indianapolis Motor Speedway road course. However, with the completion of a successful season both team and driver can begin to look ahead to future challenges.

“Tyler, Copeland Motorsports and the Veloster N TCR have been nearly unbeatable over the course of the TC America season,” said our Customer Racing Operations Leader Andrew Johns. “It is crucial for any car designed for customers that a wide range of drivers can quickly get the best from it. To have Tyler step into the TCR class for the first time at such an early stage in his racing career and immediately be so dominant is a huge credit to him and the team, but also to the Veloster N TCR.”

2020 TC America Drivers’ Standings
After round 16

2020 TC America Teams’ Standings
After round 16