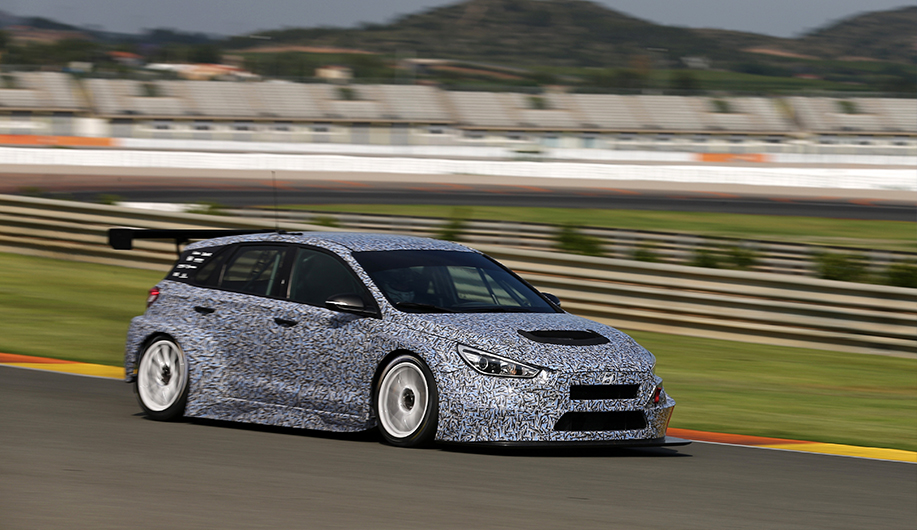 Hyundai Motorsport continued with the testing schedule for the New Generation i30 TCR earlier this week (May 30-June 1), successfully completing three days at the Circuit de Valencia.

The team returned to Spain for the third circuit test of the new car, having previously completed running at the Motorland Aragon circuit in the country, as well as Misano in Italy. As the development continued, attention turned from establishing a strong foundation for the project to concentrating on improving specific areas of performance.

With its technical infield section, long front straight and sweeping penultimate corner, the Valencia circuit was chosen, like the testing venues before it, for its mix of high and low speed corners. This offered the test team the opportunity to fully assess the balance of the chassis in a variety of situations over the course of the week, as the tight development schedule demands.

The time at the Valencia circuit, which hosted a round of the inaugural TCR International Series season, was spent assessing different brake materials and damper settings. With each set-up change Hyundai Motorsport’s squad of engineers could compare the data not only with the New Generation i30 TCR’s previous runs on the 4km circuit, but with the baseline data gained from both Aragon and Misano. This information was then used, in conjunction with the feedback from Touring Car veteran and lead test driver Gabriele Tarquini, in order to work towards the ideal configuration.

The New Generation i30 TCR is Hyundai Motorsport’s first project designed for circuit racing. The development of the new car is being overseen by the experienced engineers from the Customer Racing department based at the team’s headquarters in Alzenau, Germany. The first completed chassis are scheduled to be delivered to customers in early December.

Hyundai Motorsport Customer Racing department manager Andrea Adamo said: “Already we have proved that we have a very strong base car. However, this early in a project there are always areas where you can still increase performance and, more importantly for customer project, improve drivability. After establishing the foundations for the set-up at our previous tests we are now building on to them. At Valencia we focused on the damper and brake settings, and we finished this week with very good information in these areas. Future tests will concentrate on other areas, such as developing the aerodynamic package and maximizing the power from the engine.”