Ready to rally through Ypres 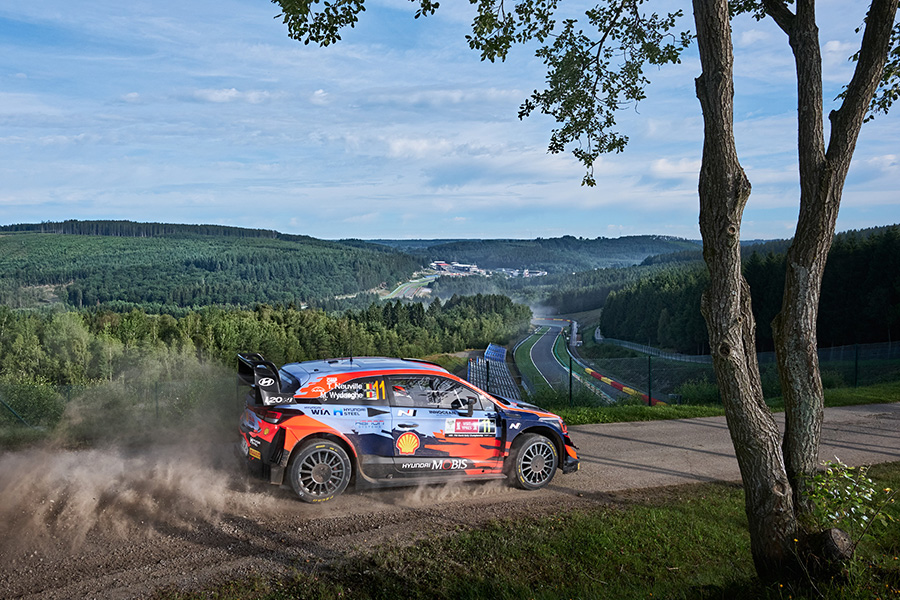 Ready to rally through Ypres

We head to Ypres Rally Belgium, the ninth round of the 2022 WRC season, aiming to pick up the momentum following our first-ever victory at Rally Finland.

“The victory at Rally Finland showed that the Hyundai i20 N Rally1 is reliable, competitive, and certainly capable of winning rallies,” said Julien, our Deputy Team Principal. “Although it is a short turnaround from the last event, we take with us to Belgium a lot of confidence.”

Home heroes
Despite looking somewhat straightforward on paper, the stages of Ypres Rally Belgium are highly demanding. Large cuts, deep ditches and slippery conditions will require pinpoint precision from our crews, while the mud that gets dragged onto the stages with every pass only increases the difficulty for those later in the road order.

The challenging terrain was expertly navigated by Thierry and Martijn in 2021, with the local favourites claiming an emphatic win by a margin of over 30 seconds. One year on, our Belgians will be looking to impress again on home soil and claim their first victory of 2022.

“Ypres Rally Belgium, our home rally, is probably the event that we’re looking forward to the most in the season,” said Thierry. “We hope to return to winning ways in front of the local spectators, fans, supporters, and family members; we’ll certainly be motivated and ready to do our best.”

Staying on track
An outstanding performance from Ott and Martin last time out saw them deliver our second win of the Rally1 hybrid era. While the profile of the Belgian tarmac roads differs vastly from the Finnish gravel on which our Estonian crew found success, they are determined to stand on the top step of the podium for the second consecutive rally.

“We head to Belgium on the back of our Finland victory, which was certainly a good morale boost for the team,” commented Ott. “We’ll try to keep the momentum even though it’s a very different type of rally.”

Alongside our experienced #11 and #8 crews in the line-up is the pairing of Oliver and Elliott. Having suffered a premature end last time out in Finland, our young duo travels to Belgium focused on avoiding trouble and completing all 20 stages on the challenging 281.58km itinerary.

“The disappointment from Rally Finland was huge, so I am determined to bounce back from that quickly,” said Oliver. “Ypres is a very specific event on the calendar. You need a precise car to suit the narrow roads, and an easy car to drive with all the cuts. Most importantly, we don’t want any surprises.”