Back on the podium in Mexico 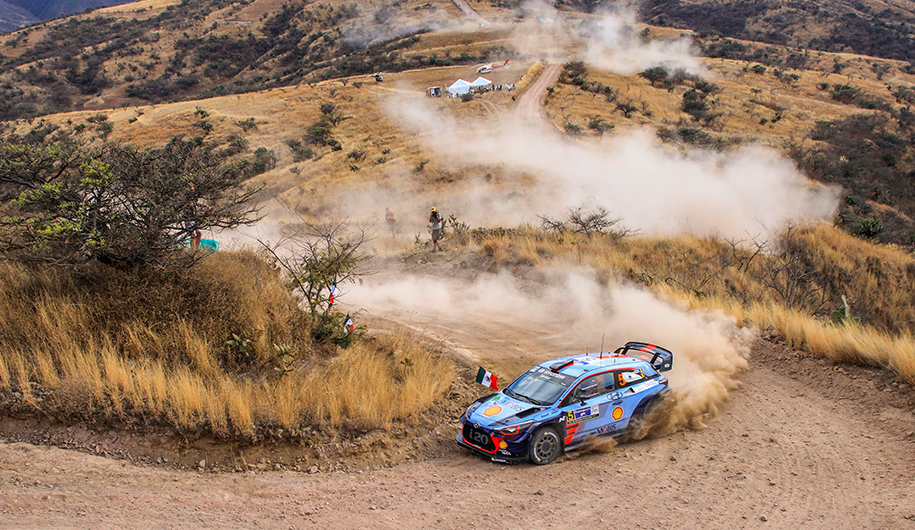 If there’s one thing we know from the 2017 season so far, it is that nothing is guaranteed! So, it is with great satisfaction that we secured our first podium of the season in Mexico on Sunday.

Our Belgian crew of Thierry and Nicolas fought valiantly through the final two tests of the rally, La Calera and Derramadero. Not only were they able to cement third overall, they also took the coveted Power Stage victory, adding an extra five points to their tally.

Dedicated to the team

After seeing their leads of Monte-Carlo and Sweden wiped out, the Mexican podium was a welcome relief for the duo.

“This is dedicated to the whole of the team who have kept pushing me after the disappointment of the first two rallies,” said a reflective Thierry. “I described Monte and Sweden as fast but frustrating, so it’s great to be back in the top-three and scoring Power Stage points.”

The all-new WRC cars, with their increased power, have been put through a tough test in Mexico. Even on Sunday morning, the weather played its hand one final time with the onset of rain. Despite the difficulties, we remained focused.

“Everyone worked hard this weekend to fix the car after some problems on Friday,” noted Thierry. “It was through the team’s persistence and determination that allowed us to stay in the podium position.”

Our Team Principal Michel agreed: “Unlike Monte and Sweden, where we clearly had the pace and reliability to win the rally, we’ve faced a few issues this weekend. It has been a useful learning weekend; not forgetting it’s our first event on gravel with our new car.”

Taking their first top-five result of the season, Hayden and John are already looking to push ahead in the next round.

“There’s not much to say about this rally, in which we had some problems,” admitted Hayden. “We can take consolation from a top-five finish, but with some more luck we know we can be fighting higher up. Corsica is next, where I’m hopeful we can get better results.”

Dani and Marc took an extra point for fifth place in the Power Stage. It was a small reward for our Spanish crew after a hard weekend.

“We did all we could in the Power Stage and I’m happy to take one point,” said Dani. “We haven’t had much luck in Mexico so we have to just put it behind us and focus on the next round.”

The WRC moves back to Europe for the fourth round of the season, and the tarmac tests of Tour de Corse, which moves to an earlier spring date.

The rally will take place from 6-9 April, just six months after its 2016 event in which we finished in second place.

Michel concludes: “The manufacturers battle is close this season; I remain confident we will find our rhythm and register our first win with the Hyundai i20 Coupe WRC sooner rather than later. For now, we leave Mexico with lessons learned and concentrating on the next events.”