Best ever in Mexico 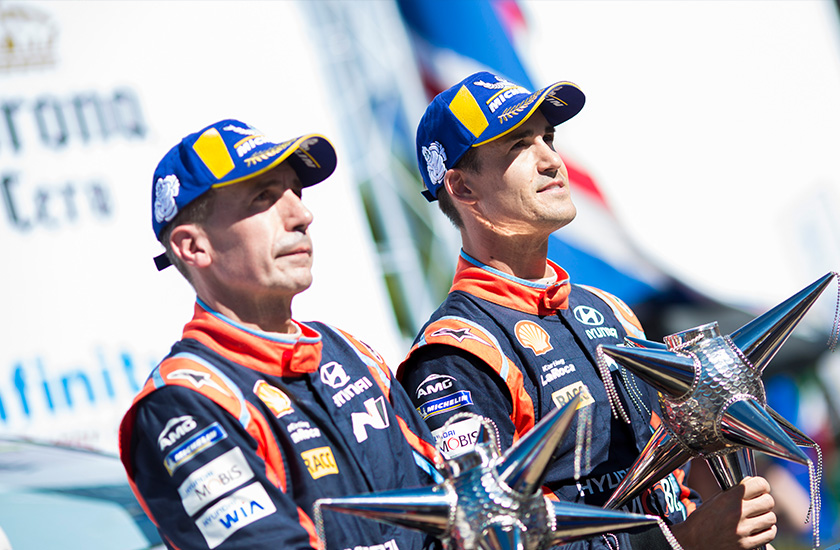 A stunning performance from our Spaniards Dani and Carlos resulted in a well-deserved podium result in Mexico, as we claimed our best result in the gruelling gravel rally.

On another dramatic and incident-filled day, our #6 crew grabbed second position to register our third top-three result of the season. With Andreas/Anders taking fourth place and Thierry/Nicolas in sixth, we extended our lead in the WRC manufacturers’ standings to 12 points. A job well done!

“We have witnessed once again just how tough Rally México can be, with lots of drama right up to the Power Stage,” said our Team Principal Michel. “We are delighted to finish the weekend with our best Mexico result and to increase our championship lead.”

Starting the day in third place, Dani was keen to push for second. In the end, the position came to him after Kris Meeke lost time on the opening stage of Sunday morning. The result was his best since finishing second in Spain 2016.

“I am very happy,” said a smiling Dani at the end of the Power Stage. “A podium result is so important and we made the most of our road position in these really tricky gravel stages. Thanks to Carlos and to the whole team for this result.”

Andreas and Anders picked up two extra points in the final stage to take his season-to-date total to 35, and to move up to third in the standings.

“It has not been an easy rally for us,” he reflected. “There were definitely areas where we could have attacked more, but finishing fourth gives us important points.”

Thierry and Nicolas also gave a push in the Power Stage to keep the pressure on rally winner Sébastien Ogier in the championship hunt.

“We approached the final morning of the rally determined to score as many points as possible. I’m happy to take three extra points away from what has been a very tough weekend.”

Michel concluded: “Like all teams, we had some issues to deal with in Mexico, but finishing with all three Hyundai i20 Coupe WRC cars inside the top-six in such a demanding event is very encouraging.”

The WRC moves back to tarmac in April as Corsica hosts the fourth round of the season from 5-8 April.

2018 FIA World Rally Championship for Drivers’ Standings
After round 3

2018 FIA World Rally Championship for Manufacturers’ Standings
After round 3