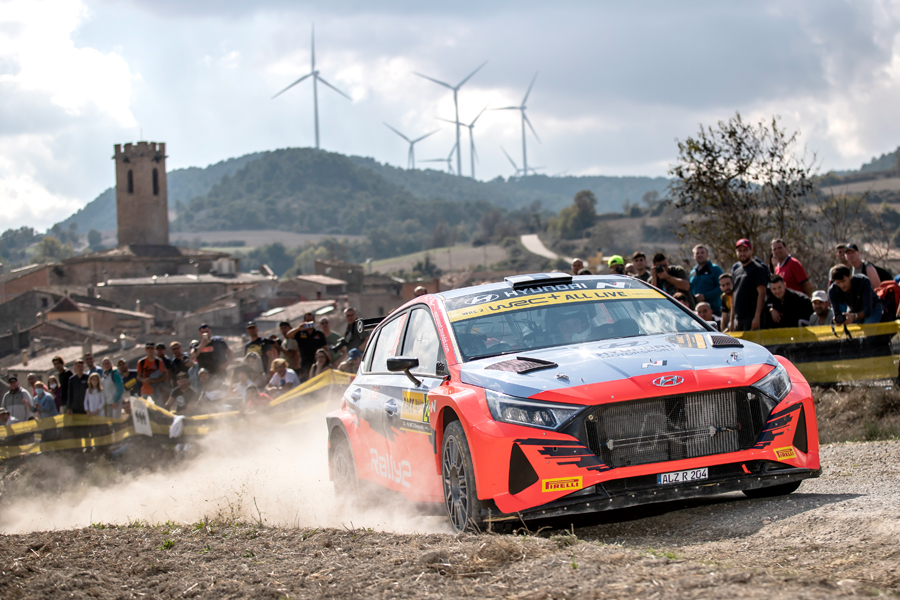 We will have our highest number of customers at a WRC event later this month when we travel to Rally de Portugal, led by ten crews taking the start in our i20 N Rally2 cars.

The record figure at the event showcases the growing reputation of our Customer Racing department, the cars we produce and the teams who prepare and drive them.

“We speak a lot about the growing strength and reputation of the Customer Racing department, but rarely is there such clear evidence of this as we have in our customers’ entries for Rally de Portugal,” said Julien, our Deputy Team Principal.

New highs
Since the debut of our i20 N Rally2 last summer, the car has scored class victories in WRC2, as well as overall wins in national rallies in France, Spain and Portugal.

The total tally, which includes a pair of older i20 R5 models, nearly doubles our previous largest number of customers in a world championship event, which we set at the 2020 season finale Rally Monza.

“The number is, obviously, incredibly positive and underlines the work of the department to deliver cars to teams through the early part of the season, but even more impressive is the quality of the crews behind them,” added Julien.

Strong cast of crews
This year’s Rally de Portugal marks the 2022 debut of our WRC2 team, with drivers Teemu Suninen and Fabrizio Zaldivar set to start their seven-round seasons at the Matasinhos-based event.

Fabrizio is one of two Customer Racing Junior Drivers set to tackle the gravel, with Josh McErlean also part of the extensive line-up. Our other entries will be entrusted to Pauric Duffy, who has already driven the car on a pair of Portuguese rallies this year, and Paul Rowley, who makes his debut in the car and at the event.

Our WRC driver, Oliver, will return to the wheel of a Customer Racing-built car for the first time since last season’s Rally Finland, as he continues to gain competitive miles and experience on WRC stages. Additionally, the Belgian BMA team will run one of our i20 N Rally2 cars for French driver Frédéric Rosati, who has already competed at Monte Carlo and Sweden this year.

Rally Portugal also hosts the fourth round of the Portuguese national rally championship, which features a large customer presence in the form of Team Hyundai Portugal’s trio of cars for Bruno Magalhães, Ricardo Teodósio and Pedro Meireles.

“The Hyundai Portugal-supported crews have had a strong start to the season, and I look forward to following their progress on the rally alongside our other customers and our trio of WRC cars,” concluded Julien.

Rally Portugal will take place on May 19-22.