Charged and ready to rally 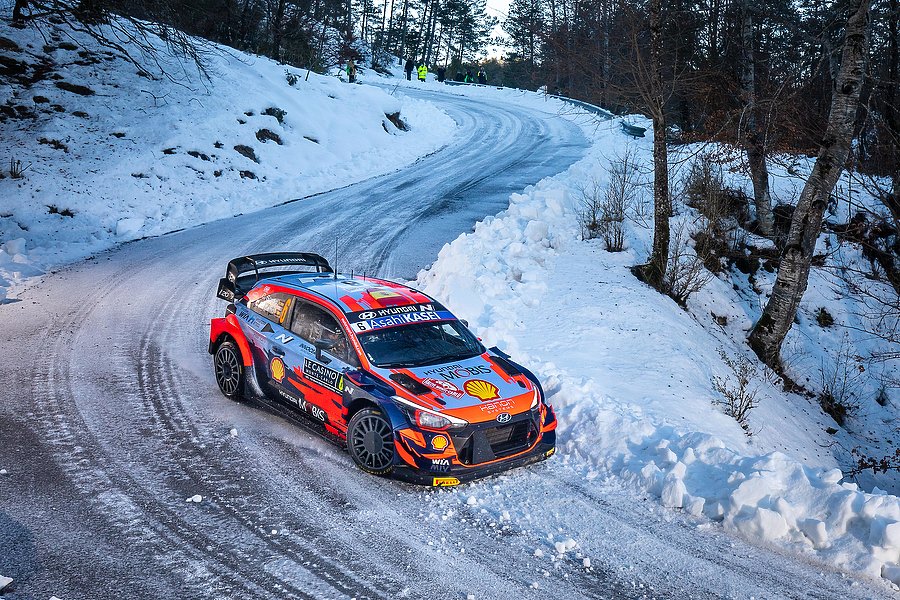 The first chapter of a new challenge in WRC begins at Rallye Monte-Carlo, and our team is fully focused on making a fast start to the Rally1 hybrid era.

“We are excited to see the debut of the new hybrid powered Rally1 cars,” said Julian, our Deputy Team Director. “As a team, we will do all we can to get 2022 off to a positive start with our three crews.”

Tough first test
Due to its ever-changing conditions – which can feature a mixture of tarmac, snow and ice in a single stage – Rallye Monte-Carlo is one of the most unpredictable events on the WRC calendar. The 2022 edition of the rally will feature a new service park in Monaco instead of Gap, which had been the base of the event since 2014. There are also changes for our crews to manage on the stages, with almost 95% of the route modified from the 2021 itinerary.

Our preparations for Monte began in early December, with our crews putting the new i20 N Rally1 through its paces amidst wintery conditions in the French Alps. We conducted our final pre-event test last week in the Gap area, giving us the opportunity to fine-tune the car’s set-up before heading to the start line for the season opener.

“Our new car has undergone significant testing to prepare us for Monte-Carlo, which will be a tough event for all competitors,” commented Julien. “Reliability will play a key role as we put the new cars through their paces.”

Behind the wheel
Battling for victory in our hybrid powered i20 N Rally1 will be a line-up that boasts a combination of youth and experience: Thierry/Martijn, Ott/Martin and Oliver/Elliott. All three crews have worked extensively with our new challenger ahead of the event in a bid to power themselves to the top of the classification over the course of the four-day rally.

Our Belgians secured a podium on their first outing together as a partnership at Rallye Monte-Carlo in 2021, and are hoping to thrive once again on the tricky mountain terrain.

“I don’t think we are going to have a completely dry event but I don’t think it will be full of snow either; as usual, we are expecting a mix,” said Thierry. “It will be a challenge, but I like driving in these conditions, so it is going to be exciting.”

Ott and Martin have been unable to show their full potential at the event over the past couple of years, but have previously claimed a hat-trick of podiums in the Principality.

“I think there is some uncertainty heading to Monte-Carlo, so it is important that we get through the rally without any major issues and keep the car running so we gain as much experience as possible,” said Ott. “Of course we also want to finish well and score many points for the championship.”

With a combined age of 47 years, Oliver and Elliott are the youngest crew in our team’s history. The pair will be aiming to get up to speed quickly at the 2022 season opener.

“Starting my first WRC campaign in Monte-Carlo is going to be very exciting,” exclaimed Oliver. “I think we have realistic expectations for the event – the most important part for us is just finishing and helping the team as much as possible.