Chasing the hat trick in Argentina

Preview: Returning to the scene of our thrilling wins in 2016 and 2017 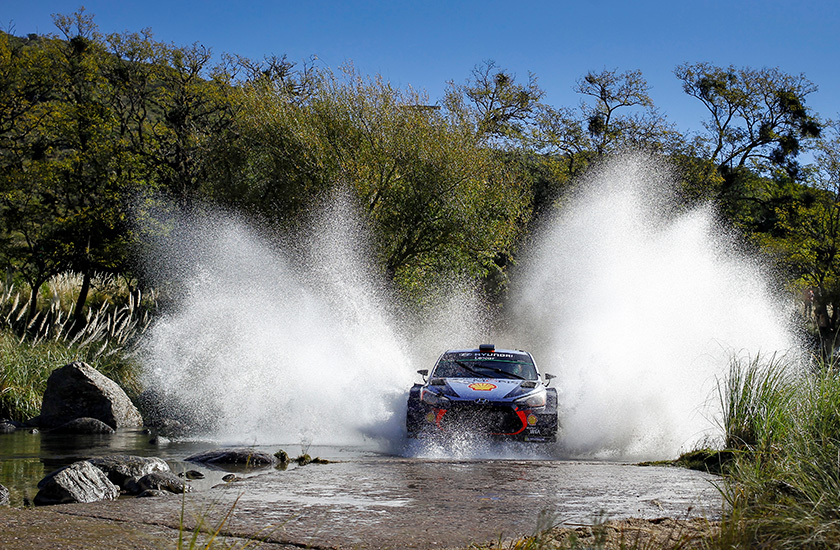 Preview: Returning to the scene of our thrilling wins in 2016 and 2017

The 2018 WRC season heads back across the Atlantic Ocean where another close battle for victory awaits in Argentina, a rally that holds special memories for our team.

Who could forget the thrilling finale from last year’s event where Thierry and Nicolas edged victory by just 0.7s over Elfyn Evans? It was one of the closest finishes in WRC history, and certainly one for the history books.

“Argentina has been kind to us in recent years with victories in 2016 and 2017, both of which were delivered in thrilling fashion,” said our Team Principal Michel. “Let’s hope for another great weekend  and possibly our third Argentina win in a row!”

Tight at the top

After scoring our fourth individual podium result of the season at Tour de Corse, we are still holding station at the top of the manufacturers’ championship. With a reduced lead of just four points over M-Sport Ford, we will be looking for a more assured performance in Argentina.

The 18-stage rally is run over a competitive distance of 360km and includes tough gravel tests. Highlights include the fan favourites El Condor and Mina Clavero.

“It is probably one of my favourite rallies of the entire season,” commented Andreas. “The roads are sandier which suits my driving style a bit more. The stages can get quite rough on the second pass so it is important to take care of the car.”

For our Belgian crew, last season’s victory is still fresh in the mind. “We have good memories of that dramatic win,” added Thierry. “I hope we can pull off a similar result this time around. It is a highly demanding event, very tough on the car and crew, so not a rally we can take lightly.”

Our Spaniards Dani and Carlos are hoping for a lift from the fans as they seek another top-three finish overseas. “The huge number of spectators makes this a special rally for everyone,” said Dani. “We have had a couple of solid results in a row, so we want to use the momentum to add another gravel podium to the one we scored in Mexico.”