On his return to the stages, Chewon completed all of the events stages 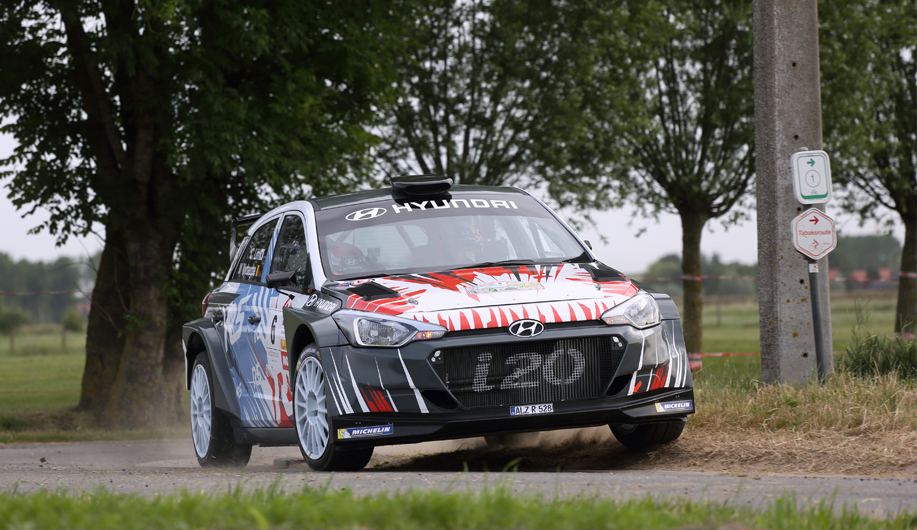 On his return to the stages, Chewon completed all of the event’s stages

Rally van Wervik, based only a few miles from Ypres in the Flanders region of Belgium, was the pair’s first competitive run since they crashed out of the Transilvania Rally in early May. The event was an important opportunity for Lim to regain his competitive edge after the time out of the car, while gaining extra, vital experience on similar stages to those of he will face in Ypres later this month.

With a successful run through all of the rally’s 12 stages set as the main priority the opening loop brought some unwanted problems for the pairing. Only a few hundred metres into the first stage the car began to cut out, as if changing gear, without warning.  While the issue obviously prevented Lim from completing the stages at full speed, he was able to drive around the problem, while helping the team diagnose the issue. Though he lost more than ten minutes to the overall leaders over the first three stages, he brought the car back to service without further damage to allow the team to make a repair.

With the fix completed Lim and Wydaeghe were able to show their true potential when they returned to the stages. Immediately the pair was setting top-ten times, putting them amongst the other R5 crews, including many other teams using the event as a warm-up for the Ypres weekend.

Gaining confidence on each of the three-stage legs of the rally the Hyundai Motorsport crew were inside the top ten on all of the remaining stages, leaping up the overall order as they matched the more experienced crews. They completed the final stage only a second slower than the overall winner, a regular in the Belgian championship and another driver at the wheel of a New Generation i20 R5.

Chewon Lim said: “I was very happy to get back behind the wheel of the New Generation i20 R5, and even happier to have completed all the stages this weekend to get as much experience as possible. This was an important event. First it was my first start since Transilvania, and secondly it was a great opportunity to prepare myself and the car for the Ypres Rally in a few weeks. The mechanical problem on the first stages was not what we needed, but the important thing is that we stayed focused on our targets for the rally and got back to service without any more damage. Once the car was fixed we were able to push a bit harder, and as we learnt more and more about the stages we were able to match the fastest teams.”

Hyundai Motorsport Team Manager Alain Penasse said: “Chewon and Martijn’s performance at the Rally van Wervik was very mature. When they had the problem in the very first stage it would have been very easy to both push too hard, and do more damage to the car, or for them to lose confidence. However, they dealt with the issue very well and returned to service. After the team was able to cure the problem and Chewon and Martijn went on to set competitive times on all of the other stages. Completing the full rally was our main aim for the event, and they did exactly that. That is the best possible preparation for Ypres. They can now take the knowledge and confidence into that weekend and hopefully continue to build their careers.”