Promise and misfortune in Transilvania Rally 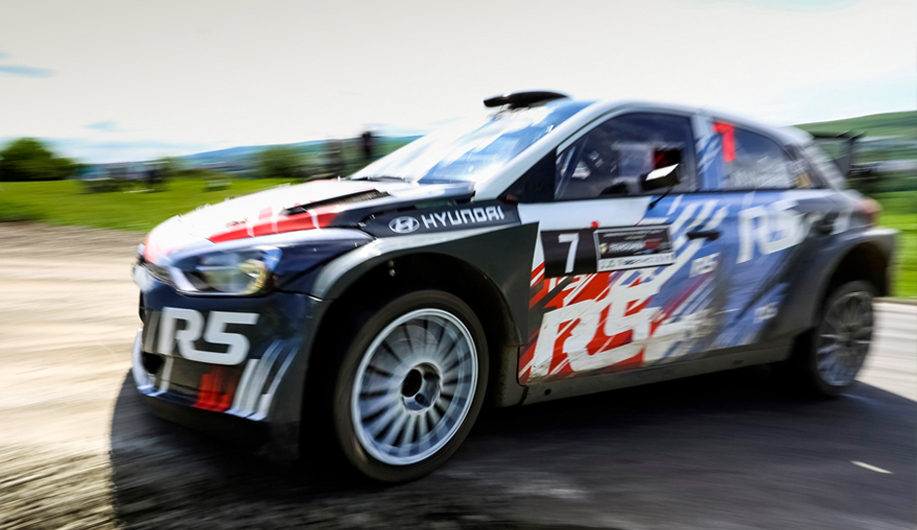 After a promising start to the event Hyundai Motorsport Driver Development Program (HMDP) crew Chewon Lim and Martijn Wydaeghe were forced to retire from the Transilvania Rally after an accident.

The Cluj based rally was the first of the six events of this year’s Tour European Rally (TER) Series the pair are due to compete in as part of their 2017 campaign in the New Generation i20 R5. Through the early part of this season Lim and Wydaeghe have proved themselves capable of competing with more experienced crews, despite only having stepped into the four-wheel drive car at the start of the year.

Shakedown for the event, a round of the Romanian national championship, as well as the opener for the TER Series, again showed what the pair was capable of as they set the third fastest time in wet conditions.

Unfortunately, misfortune stopped them from repeating the same form during the two-day rally. On Friday a costly spin damaged the front-left corner of their entry, and though they were able to finish the stage where it happened they were unable to complete the day’s mileage. Their mechanics were able to repair the car overnight enabling the crew to return to the stages as they continue to gain experience.

However, on a fast right-hander on Saturday morning the same tricky conditions that they had mastered during shakedown caught them out. The car aquaplaned off the road down an embankment, and the pair was forced to retire.

Though both men were uninjured in the crash, they went to hospital for precautionary checks before travelling back to Germany.

Lim said: “This was a very challenging event, with difficult conditions on the stages. Martijn and I are planned to run all of the TER Series this year, so we were looking forward to the first round of the championship. Our performance on shakedown was very encouraging, to be so close to the top crews on the rally. Sadly, problems on the stages stopped us from repeating the result. After our spin on Friday we wanted to continue, to get as much experience as we could from the weekend. The team did a great job to get the car ready for Saturday, it’s a shame that we weren’t able to do their work justice with some good times.”

Hyundai Motorsport Team Manager Alain Penasse said: “So far this year Chewon has shown that he is capable of matching more experienced crews on the stages, despite having relatively little time in the New Generation i20 R5. The third fastest time on shakedown proved this again, so he should be encouraged by this. The conditions were very tough for the whole weekend. Unfortunately on Saturday, it looks like they hit a patch of standing water at high speed in a spot where there was no room for error. The important thing is that neither of them were injured, beyond some bruises. Before their next event they have time to rest, and take the time to continue to train with the support of Hyundai Motorsport.”