Clean sweep for i30 N TCR in Europe 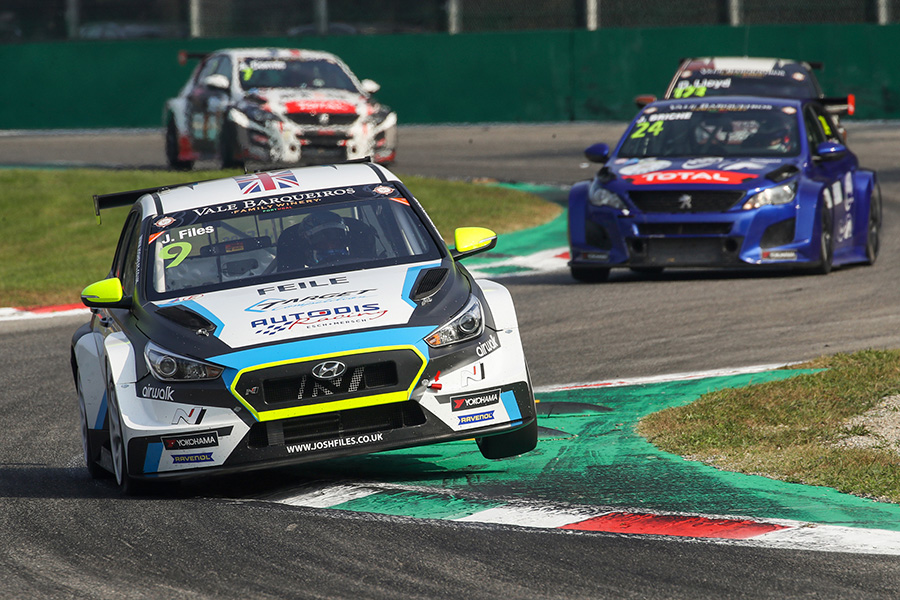 Our i30 N TCR has secured a clean sweep of the TCR Europe titles. Josh Files claimed victory in the final round at Monza to win the drivers’ championship, adding to the team honours claimed by Target Competition squad in Barcelona.

The culmination of an incredibly competitive series, Files held a 48-point advantage coming into the Italian round against a grid of over 30 cars. Qualifying down in ninth for Race 1, he rebounded up to third place to keep his title hopes alive. Starting from the front row for Race 2, he wasted no time making his way to the front to lead the opening lap.

From there he was able to control his pace, relying on the i30 N TCR to keep him ahead while his title rival made his way through the pack behind. Their battle rose to a climax in the final laps with first and second in the championship in the same positions on track. However, Files was able to maintain his advantage to score his third win of the season – equalling the best tally by any driver in the series.

The Monza weekend completed a very strong season for our customers in the championship. Ten i30 N TCR cars were in the field for most of the year – peaking at 11 with the one-off visit of Lewis Kent to the series at Spa-Francorchamps.

From the start – when Hyundai teams locked out the podium in the first race of the campaign – the i30 N TCR has been at the sharp end of the field. As well as three victories for Files on his way to the title, Mat’o Homola and our Customer Racing Junior Drivers Luca Engstler and Andreas Bäckman took a win apiece from the 14-race season.

Our customers also topped qualifying in five out of the seven weekends and stood on the podium a total of 17 times.

With Files confirmed at the top of the standings i30 N TCR customers filled five of the top-ten places in the final points. Bäckman completed his maiden TCR Europe season in fourth ahead of M Racing driver Nelson Panciatici in fifth. Homola and Engstler finished eighth and ninth respectively. In the teams’ contest Target Competition eased to the title, while M1RA team finished fourth, and M Racing ended their first season of TCR Europe in fifth.

Our Customer Racing Senior Sales Associate Andrew Johns said: “TCR Europe has been perhaps the hardest fought of any TCR series this season, with a large grid and some very close battles in the races. To have our i30 N TCR winning nearly half the races, and to end the year with customers taking both the drivers’ and teams’ championship is a huge success to add to the growing list of honours for Hyundai Motorsport-built TCR cars.”

He added: “The performance of all the Hyundai teams in the series also shows the value of the support service the Customer Racing department has been able to offer our customers at the track at events, making sure that the cars always race in the best possible condition, and are always capable to scoring pole positions, wins and podiums.”