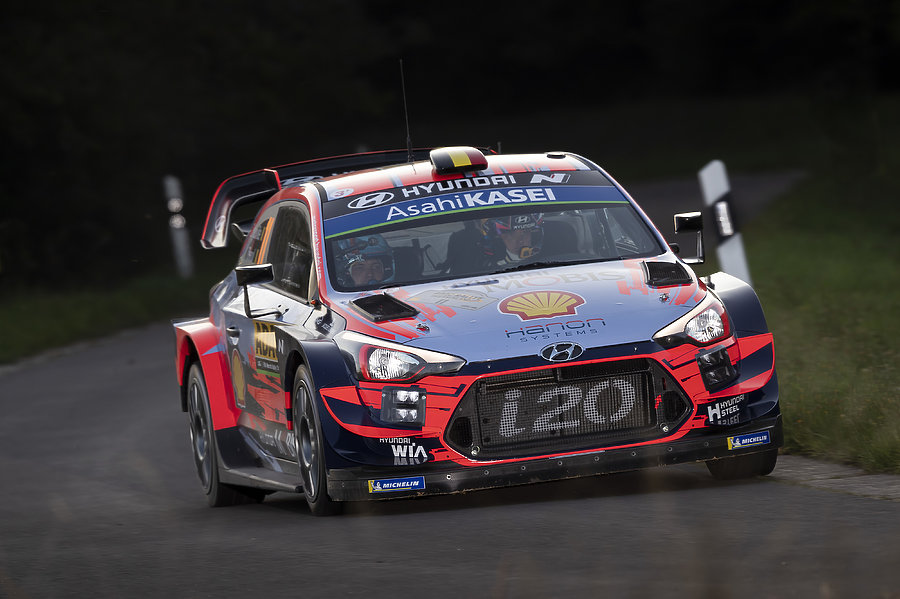 Two of our crews will make additional outings this year in a bid to make our i20 Coupe WRC as competitive as possible.

Thierry and Nicolas will contest Rallylegend in San Marino (October 10-13), a tarmac event that follows Wales Rally GB. Sébastien and Daniel will join Rally Ciudad de Granada in Spain (October 18-19), a gravel competition in the week before Rally de España.

In a closely fought season to date, we have claimed three WRC victories and nine individual podium finishes across our crews. We currently lead the manufacturers’ championship by eight points, while Thierry moved up to second place in the drivers’ championship after Rallye Deutschland.

We have enjoyed one of our most competitive seasons in the top flight of international rallying and have demonstrated improved pace from the Hyundai i20 Coupe WRC on all terrains. We have shown a reduced performance gap to our rivals, underscored recently by the improvement on tarmac at Rallye Deutschland.

These extra rally rounds allow us to increase its efforts as the season reaches its epic conclusion, giving our crews an opportunity to improve their feeling with the car.

Our Team Director Andrea said: “Participating in the Rallylegend and Rally Ciudad de Granada events in October will allow us to be as prepared as possible for the final rounds of the WRC season.”

“We are making every effort to be fully ready for the challenges that we will face against our competitors in the remaining rallies. We have pushed hard to make our car more competitive this year in an extremely close championship battle. The gap has reduced but we now have to redouble our efforts as the season finale approaches as we fight for our title ambitions.”