More title success for i30 N TCR customers in Korea 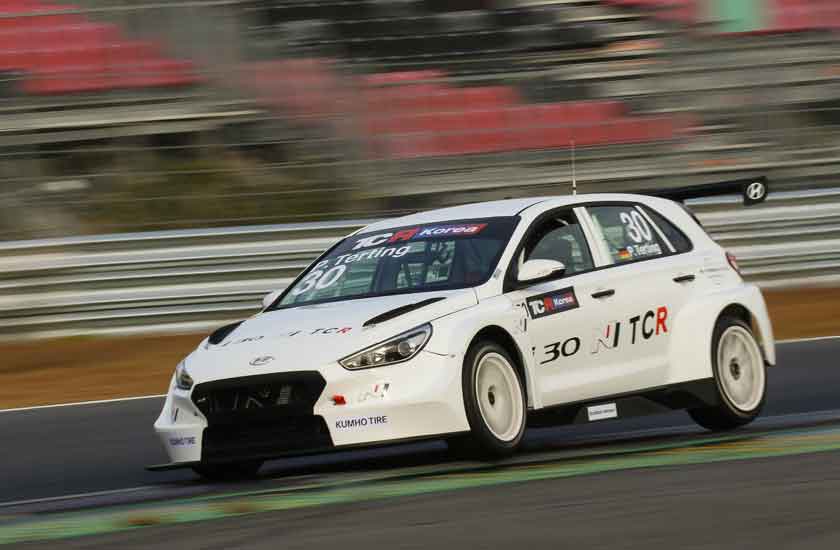 More title success for i30 N TCR customers in Korea

In addition to title success in the FIA World Touring Car Cup (WTCR)*, there was also a championship win for i30 N TCR customers on circuits in Korea.

Indigo Racing won the teams’ title in the inaugural TCR Korea series, with driver Byung-Hui Kang crowned champion. The final round of the series was extremely successful for our customers, with a total of five i30 N TCR on the grid at the Korea International Circuit (November 3-4).

This included German Peter Terting, who scored pole position for both races on his debut in the championship. However, it was his fellow Hyundai drivers Dong Gi Noh and Jinsoo Kim who claimed the race wins.

Noh took a narrow victory in the first race, with Terting completing the podium in third. In the later race Kim took a dominant win in his Indigo Racing entry.

The celebrations were doubled with Kang coming home third  having already taken two wins during the season. The result completed an enviable sweep for the i30 N TCR, as Hyundai had previously sealed the series’ manufacturers’ title.

American team Bryan Herta Autosport became the first of our TCR customers to publicly confirm their 2019 plans, taking on a greater role in North America.

As well as becoming sales and support agents for our Customer Racing department in the country they will also switch championships. For 2019, their primary will be on the IMSA-organised MICHELIN Pilot Challenge series. The team will also become the first to race the Veloster N TCR, tying in more closely to the range of Hyundai road cars available in the US.

However, they will support any customers in the i30 N TCR racing in the TC America series, where Hyundai won the manufacturers’ title and Bryan Herta Autosport the teams’ championship this year. Their competitive 2019 season begins at Daytona International Speedway in January.

Our Customer Racing Deputy General Manager Andrea Adamo said: “2018 has been a successful season for the i30 N TCR on the circuits around the world. In TCR Korea, our customers have shown off the capabilities of the i30 N TCR, winning all three titles to add to the considerable success for the car its first competitive season.”