i30 N TCR proved its resilience in May 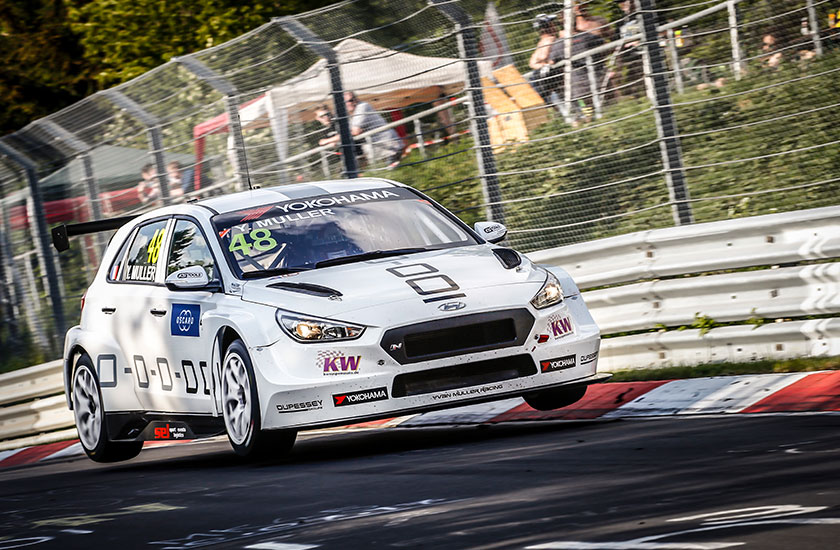 i30 N TCR proved its resilience in May

The sensational start to the TCR season continued to reap rewards for drivers competing in our i30 N TCR race cars in May.

With the FIA World Touring Car Cup (WTCR) in action in Germany and the Netherlands at back-to-back events, it was a busy period for our customers.

Kicking things off, the Race of Germany (May 10-12) at Nürburgring saw our car take both pole positions, as well as two out of the three race wins.

Yvan Muller led an MRacing 1-2, scoring his first WTCR victory ahead of Thom Bjork. They were part of a four-car battle for the win, as the i30 N TCR locked out the podium positions.

Changes to the Balance of Performance (BoP) for the subsequent Race of Netherlands limited the performance potential of the car. Despite a number of hard-fought drives, the teams left Zandvoort empty handed.

The first two rounds of the newly expanding TCR Europe series were held in May with great results. Eight Hyundai Motorsport customers were represented in the 25-car entry list at Paul Ricard (May 5-6) with Serbian Dusan Borkovic taking pole and a win in Race 1. Daniel Nagy made it a Hyundai 1-2.

Borkovic repeated the feat in Race 2 in tricky wet/dry conditions with Nagy taking another podium.

Two weeks later, at Zandvoort (May 19-21), working with the same BoP conditions as the WTCR, teams battled hard to keep pace. It was Borkovic who emerged again as the lead i30 N TCR driver, claiming fifth in Race 1 to maintain his championship lead. His team-mate Kris Richard took a starring role in Race 2, fighting for the podium but ultimately finishing in fifth.

TCR Italy held its own meeting at Paul Ricard one week after the TCR Europe event (May 12-13). Hyundai drivers locked out the front row in qualifying with Pit Lane Competizione’s Nicola Baldan and BRC Racing Team’s Eric Scalvini translating their grid positions into a fine 1-2 race result.

Our Customer Racing Deputy General Manager Andrea Adamo said: “Recent successes reflect greatly on the quality of our customers and their drivers, as well as the performance and reliability of their Hyundai Motorsport Customer Racing-built cars.”