i30 N TCR shows competitive form around the world 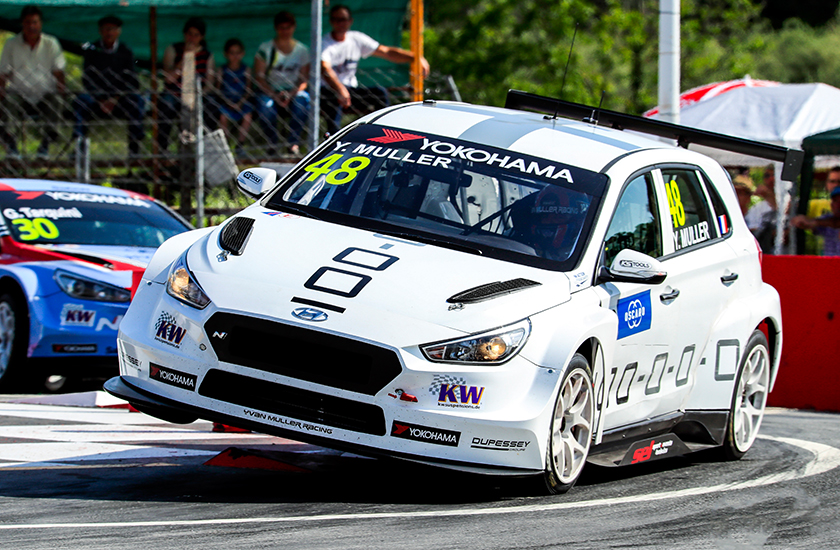 i30 N TCR shows competitive form around the world

Two of our customer teams returned to winning ways in the FIA World Touring Car Cup (WTCR) following a strong performance in the Race of Portugal (June 23-24).

All four i30 N TCR drivers qualified inside the top-ten for the first race in which a ten-car pile-up caused a lengthy red flag. Yvan Muller led the restart and went onto take victory, putting him into the lead of the drivers’ standings.

Another podium followed for Yvan in the second race, which was won comfortably by Thed Bjork, his second victory of the season. Norbert Michelisz and Gabriele Tarquini completed the podium positions, resulting in a second 1-2-3 for i30 N TCR drivers.

Six Hyundai customers lined up at Spa-Francorchamps earlier in June as the TCR Europe season took to the popular Belgian track.

Swiss driver Kris Richard finished first in Race 2 but a controversial penalty dropped him to second in the final standings  still his best result of the season. A total of five i30 N TCR cars finished in the points.

Meanwhile in the UK, 18-year-old Lewis Kent claimed his first podium of the season at the Brands Hatch round of TCR UK. Over in Italy, Eric Scalvini’s fourth place in race 1 was the best result for a Hyundai customer during the TRC Italy weekend at Misano.

In the USA, Mark Wilkins and Michael Lewis remain part of a closely fought three-way battle for the TCR class of the Pirelli World Challenge. The i30 N TCR, run by Hyundai America, scored a third 1-2 of the season at the tight Lime Rock Park circuit.

“The recent rounds of the TCR championships around the world have shown the incredible performance of the Hyundai i30 N TCR,” commented our Customer Racing Deputy General Manager Andrea Adamo. “To return to the podium in WTCR is very important but what are even better are our customer’s performances in TCR Europe, TCR UK and in the USA where they have all scored podiums.”