Closing in on the championships 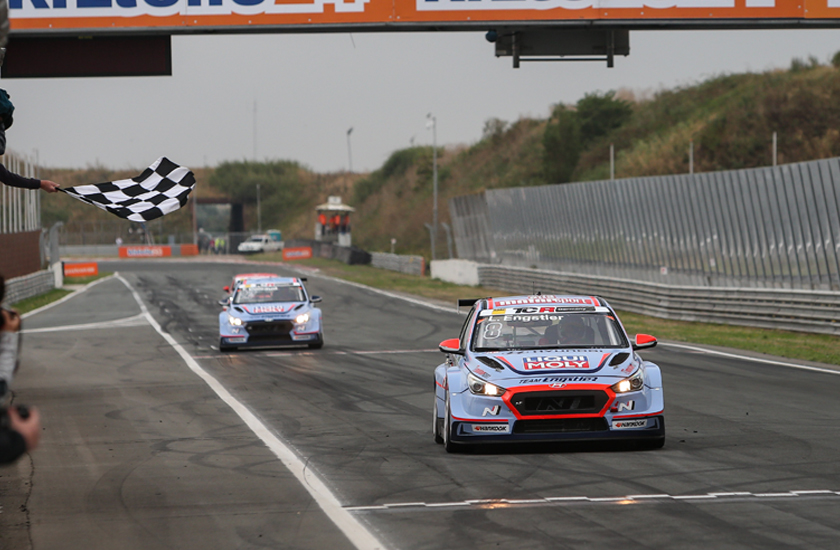 Closing in on the championships

Our i30 N TCR has continued its winning ways throughout August, helping our customer teams to lead championships across Europe and the US.

As the TCR Europe season builds to its conclusion, Target Competition driver Duan Borkovi? moved back into top spot after finishing sixth and third respectively in the latest rounds at Assen (August 18-19).

It was, however, Hungarian Dániel Nagy who took victory in his i30 N TCR in the opening race, securing his first-ever international win. Target driver Kris Richard also finished on the podium in third.

In TCR Germany, one of our newest customers, Hyundai Team Engstler, took a maiden win in the series at Zandvoort (August 18-19), just two weeks after making their debut at the Nürburgring (August 4-5).

Drivers Luca Engstler and Théo Coicaud underlined the performance of our i30 N TCR with a competitive performance around the Dutch track. Luca took a lights-to-flag victory in Race 2 for the Hyundai Deutschland supported team, with Théo powering to second.

There were more celebrations stateside earlier in August as the Bryan Herta Autosport team dominated at the Utah Motorsport Campus (August 11-12).

The two i30 N TCR cars run by the Hyundai America supported team finished first and second in both races. Canadian Michael Lewis won both 40-minute events from pole ahead of teammate Mark Wilkins.

The duo has taken six 1-2 finishes from ten events so far this season, with the team and Hyundai leading both teams’ and manufacturers’ championships with two races remaining.

Over in Britain, Lewis Kent claimed a second podium of the TCR UK season at Oulton Park at the start of the month (August 4).

“The success of the Customer Racing department can be judged on the results of the teams and drivers, so to have so many in contention for their respective championships is hugely important,” says our Customer Racing Deputy General Manager Andrea Adamo. “In TCR Europe and TCR Germany, we have seen the i30 N TCR deliver strong enough consistency to put our customers among the front runners.”