Unfortunately we have lost our third-place podium in Mexico after a two-minute penalty for using one too many tyres during Sundays Tyre Fitting Zone. 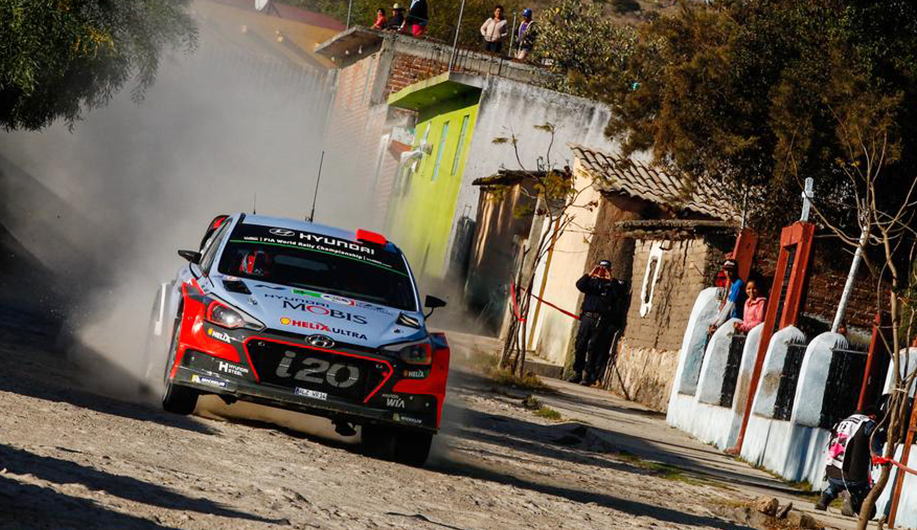 Unfortunately we have lost our third-place podium in Mexico after a two-minute penalty for using one too many tyres during Sunday’s Tyre Fitting Zone.

March 6, 2016 – Dani has unfortunately lost his third-place podium from this weekend’s Rally Mexico after our crew received a two-minute penalty. This penalty was given for using 29 tyres during the event after a mix up at Sunday’s Tyre Fitting Zone, one more than regulations allow.

The penalty drops Dani to fourth overall in the Mexico results. However, he is still our highest-ranked driver in the Driver’s Standings.

“Unfortunately Dani and Marc were penalised of two minutes after the finish of Rally Mexico today and consequently dropped to fourth in the overall classification,” said Team Manager Alain Penasse. “Due to an obvious communication error, three new tyres and two used ones – instead of three used and two new – were fitted to the New Generation i20 WRC #4 at the Tyre Fitting Zone after SS20 this morning. This means one tyre in excess was used compared to the number allowed by the regulations. We will now go back to Alzenau and investigate the issue further. For sure, this doesn’t take away from the performance of both the crew and the team throughout this challenging rally.”