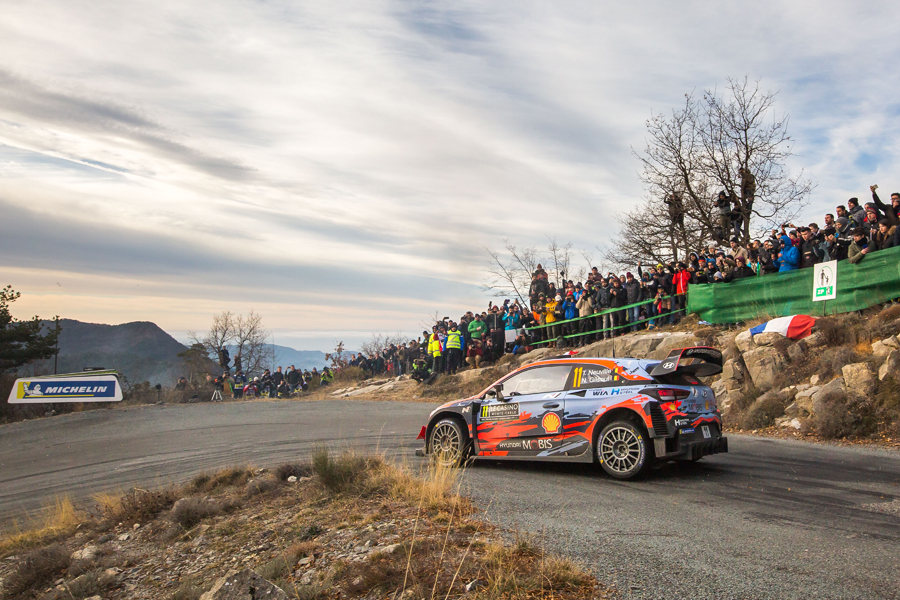 What a start to the new WRC season! In the closest ever Rallye Monte-Carlo, our Belgians Thierry and Nicolas finished as runners-up by a margin of just 2.2-seconds from Citroën’s Sébastien Ogier.

On an incredible final morning, featuring some of Monte’s most iconic stages, the duel went right down to the Power Stage. It was the conclusion of a tantalising rally that had seen all three of our crews in contention for the podium.

Having taken two stage wins earlier in the weekend, Thierry and Nicolas added a third to their tally in SS15 (La Bollène-Vésubie – Peira Cava) to reduce the gap to a mere 0.4s. Heading into the final run (La Cabanette – Col de Braus), the tension mounted. Third in the stage wasn’t quite enough for our Belgians but they added three extra Power Stage points and secured our best ever Monte result!

Off to a flyer!

“We can be pleased with this result,” said Thierry. “We gave it everything we had but a small mistake on Friday cost us the lead and we weren’t quite able to catch it back. That’s part of the game. We enjoyed the weekend a lot even if it wasn’t easy.”

In an equally intense battle for the final podium position, our newest crew Sébastien and Daniel enjoyed a hugely positive debut finishing in fourth, having taken two stage wins on Friday.

“Fourth place is not so bad,” said Sébastien. “To be fighting for the podium in my first event for Hyundai Motorsport gives us all the motivation we need for the next rally. It’s been a pleasure to be part of this team, and a positive way to start a new relationship.”

Andreas and Anders did not feature on the final morning, after retiring on Saturday while fighting for the podium. Yet, the competitiveness shown by the Norwegian crew reinforced a strong all-round team performance in Monte-Carlo, and bodes well for the season ahead.

“There are positives to take away,” said Andreas. “It had been such a good start to the rally, and the feeling with the car was fantastic. We were on the pace, fighting for the podium and that’s what we will bring with us to Rally Sweden.”

For our Team Director Andrea, Monte-Carlo sets a high standard: “I hope everyone enjoyed the exciting battle as much as we did,” he said. “It was incredibly tight all weekend, and a fantastic way to begin a new WRC season. I’m very happy with the result, our most competitive Monte performance, and pleased that we could play such an influential role in the rally. All our crews demonstrated strong, competitive pace, and were capable of finishing on the podium. I hope this is a sign of things to come for the whole season.”

2019 FIA World Rally Championship for Drivers’ Standings
After round 1

2019 FIA World Rally Championship for Manufacturers’ Standings
After round 1