WRC returns with fastest event of the year 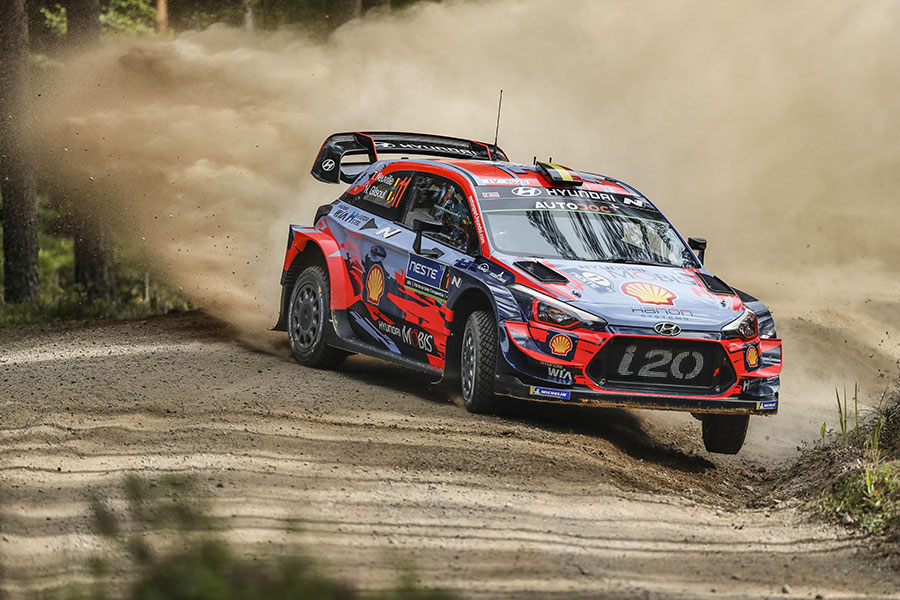 WRC returns with fastest event of the year

After six months away from competitive action, our team is ready for the return of WRC with a brand-new event, Rally Estonia, hosting the fourth round of the 2020 season.

Said to be the biggest motorsport event in the Baltics, Rally Estonia is a high-speed gravel challenge and the fastest rally of the calendar. Smooth and technical roads feature plenty of jumps and crests to keep crews alert, and will demand exact precision from pace notes. 17 stages form a competitive distance of 232.64km.

The rally will be intensive for our crews, held over a condensed three-day itinerary. At the wheel of three i20 Coupe WRC cars with be Thierry/Nicolas, Ott/Martin, and Craig/Paul. All three crews have tested in Finland and Estonia recently, including an outing at the Lōuna-Eesti Rally for Ott and Thierry.

Ready to hit the ground running
“It’s quite a special moment to come back to WRC events after so much time away,” said our Team Principal Andrea. “Like others, we have worked hard during this period to try to catch-up and improve the things we were missing before.”

Our team is eager to resume our championship defence after mixed fortunes earlier this year. Following victory in Monte-Carlo, we enjoyed consecutive visits to the podium in Sweden and Mexico.

Thierry and Nicolas lie third in the standings, and are ready to mount a fightback in Estonia. “With the restart of the season, I think we all have hopes for a good result. We want to come back and immediately deliver a strong performance,” said Thierry.

Familiar hunting territory
Local heroes Ott and Martin have dominated the previous two editions of Rally Estonia. “I really hope we have a home advantage and it’s most important that we use it,” said Ott. “We have to take the maximum from every event now. There is no way to hold back anymore.”

Craig and Paul join us for their second event of the season. The Irishman is well acquainted with the Estonian roads, having competed there four times in the past. “It’s great to get back to competing and some form of normality. I think we can perform well, as fast rallies generally seem to suit us,” he said.

Return for i20 R5
Both our WRC 2 crews enjoyed a season-best result last time out in Mexico, and are hoping to demonstrate further gains in performance in Estonia. Ole Christian/Jonas and Nikolay/Konstantin have competed in local rallies to get acquainted with the i20 R5.

“I’m really looking forward to kicking off the WRC 2 campaign again with Rally Estonia; it’s been a while since the last one!” said Ole Christian. “With the good preparations we had, we are aiming for a podium and it should be possible to fight for victory there.”

Nikolay, who is joined by newcomer Konstantin in the co-driver’s seat, said: “Rally Estonia is one of the most exciting rallies in the Baltic countries. My new co-driver Konstantin is doing great; he is brave and working hard to be precise. My main target is to continue my learning and to get a good result.”

“It is clear the situation is different from where we left things in Mexico. I hope that things will stay in a reasonable way for everyone and we will all be able to enjoy the fight that I’m sure we are going to see at Rally Estonia,” said Andrea. “We have to enjoy and make the most of the rallies between now and the end of the season.”