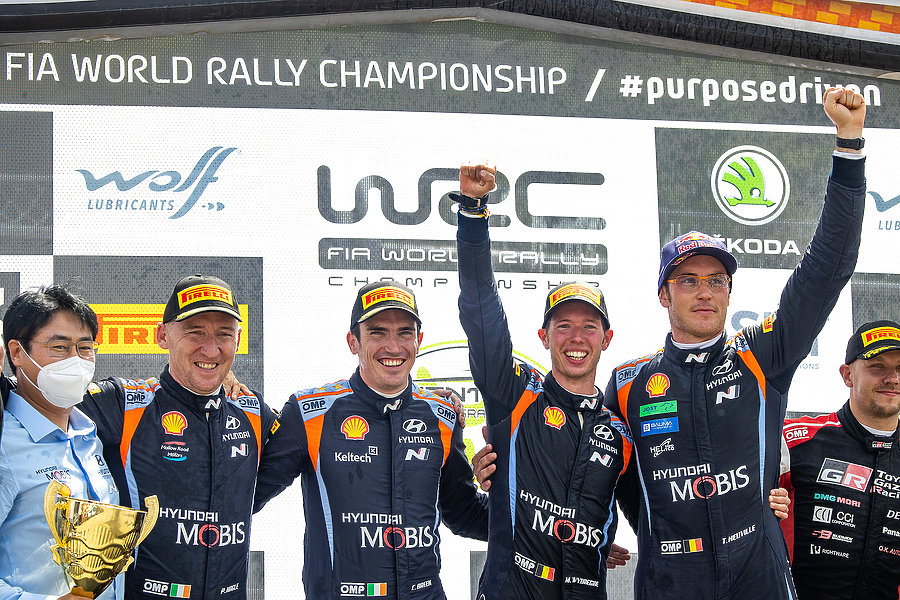 In the first-ever running of the famous Ypres Rally Belgium as a WRC event, we have taken an emphatic 1-2 result with home heroes Thierry and Martijn celebrating an historic win.

Our Belgians had taken the lead of the rally during Friday afternoon’s opening loop – and never looked back. The result was the first victory for co-driver Martijn in WRC and Thierry’s 14th win in total with our team. No wonder that they decided to celebrate with a series of impressive donuts at the end of the Power Stage, located at the legendary Spa-Francorchamps circuit.

“It has been a pleasure to get this first win together with Martijn,” said Thierry. “We knew we had to deliver here, not just because it is our home event but because of the need to score big points for the championships. It was really special to do that final stage at the nicest circuit in the world. A fantastic weekend and a result to savour!”

For Craig and Paul, their second WRC event in a row saw their second consecutive podium result – with a brilliant drive to second overall. Their performance helped confirm our first 1-2 of the 2021 season!

“Sometimes, there’s a lot of space in between our events, so we can struggle to get into a rhythm but two events in a row with two podiums is amazing,” said Craig. “It definitely gives me more confidence going forward. It’s a pleasure and an honour to drive a car like this.”

After suffering a puncture on Saturday morning’s Hollebeke stage, Ott and Martin dropped out of top-three contention and had to settle for sixth. Our Estonians added more stage wins on the final day including maximum Power Stage points to support a strong team result.

“This has been a great, challenging event and a really good addition to the WRC calendar,” said Ott. “Nobody has really been able to challenge Thierry and Martjn this weekend – congratulations to them – but now we have seen and experience the roads, we’ll be ready when we come back.”

Ott and Martin’s trio of fastest times took our total for the weekend to 15, as we reduced the gap in the manufacturers’ title chase to 41 points.

Our Team Principal Andrea summarised: “This result is like an alignment of planets. To be the first time here in this beautiful event, with a tremendous atmosphere, to see Thierry win, with Martijn taking his first WRC win, at Ypres Rally Belgium is amazing. A true team effort.”

WRC resumes in mid-September with the return of Acropolis Rally Greece for the first time in eight years – and our first time competing in the event.

2021 FIA World Rally Championship for Manufacturers’ Standings
After round 8

2021 FIA World Rally Championship for Drivers’ Standings
After round 8 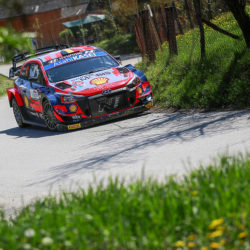