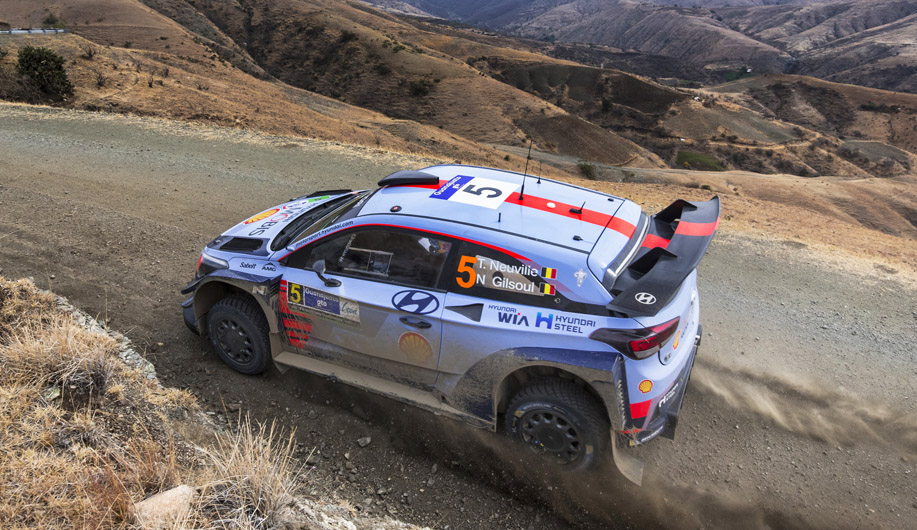 Fresh from our first podium of the season at Rally Mexico, we are now on the hunt for further success as we head to Tour de Corse.

The twists and turns of the Corsican stages will offer the first full tarmac challenges for our i20 Coupe WRC, in the fourth event of 2017.

Getting back on Corse

It’s only been six months since we were last competing on the island. Thierry and Nicolas claimed second place back in October, so we will be hoping to go one better this time around.

Our Belgian crew will be aiming to continue the strong performances from the opening rounds  and improve on their third place from Mexico.

“Mexico was a really important result for us after the competitive but frustrating first rounds of the season” said an optimistic Thierry. “We want to build on that podium  and Corsica is a great place to do just that.”

All three of our driver crews have shown encouraging potential across all terrains so far this year. We’ve accumulated 20 stage wins and 16 Power Stage points from Monte-Carlo, Sweden and Mexico  so it’s now time to translate that pace onto Corsican tarmac.

“I am excited to have the chance to show what we are capable of,” said Dani. “Our performances this year have been pretty consistent, but now is the time to step up our game  and bring ourselves even closer to the front.”

Tour de Corse is famous for its seemingly never-ending twists and turns. It has earned the name ‘Rally of 10,000 Corners’ for precisely that reason.

Hayden has been busy preparing for the event with participation in Rallye Sanremo. The Kiwi will line up alongside co-driver John in Corsica, ready to fulfil his potential in the #4 i20 Coupe WRC.

“I am determined that this will be the real start of my 2017 season,” said Hayden. “I feel confident in myself and I have been working hard to prepare. It is a difficult event, the toughest tarmac rally on the calendar in my opinion, but we are ready to put a good foot forward.”

Our Team Principal Michel is definitely keen for us to make a positive impression: “This year’s WRC is incredibly close with three different manufacturers winning in the opening rounds,” he said. “I hope it’s our turn now!”

The long and short of it

Tour de Corse has the fewest number of stages of any event on the calendar, just ten, run over a distance of 316.80km. It will, however, provide a real test of stamina and endurance for our crews.

Friday’s itinerary has no midday service, just a tyre-fitting zone in Porticcio to break up the 120.64km of stages. Saturday represents the greatest distance covered on any of the three days, with two loops of two stages totalling 131.96km.

It promises to be another Corsican classic!