Fight and flight in Finland 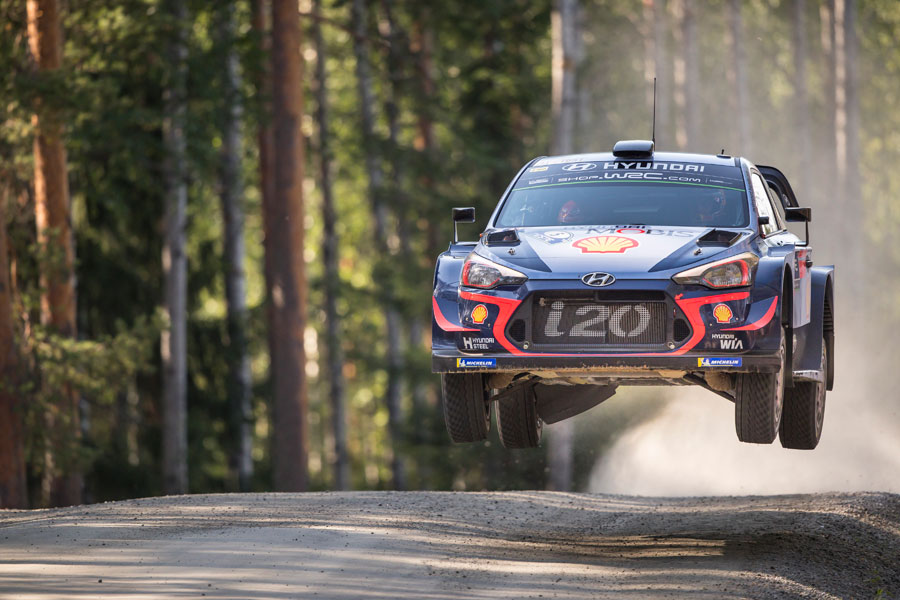 The summer break is over! We are straight back down to business as WRC heads to the fast and furious gravel stages of Rally Finland.

Our victory in Sardinia back in June has given us a 44-point advantage in the manufacturers’ championship with six rounds of the season remaining. The objective for Finland, which is renowned as one of the fastest and most challenging events on the calendar, is to cement our lead.

“We return from the summer break, but we have been continuing to prepare ourselves for the challenges that await in this second part of the season,” said our Team Director Andrea. “Finland will offer us a very stern test, one which we need to tackle head-on.”

We have a new-look to our crew line-up for Finland as Irishmen Craig and Paul join the established pairings of Thierry/Nicolas and Andreas/Anders.

“Rally Finland is the event I’ve done the most,” said Craig. “I have a lot of amazing memories from the start of my career and my first podium there in 2016. I’m really looking forward to it this year in the Hyundai i20 Coupe WRC.”

Our Belgians will be hoping for a positive run in Finland with Thierry just seven points from the drivers’ championship lead.

“Finland is a challenging event,” commented Thierry. “I’m hoping it will be a good event for our team this year, as we aim to defend our manufacturers’ position.”

All three of our crews have had the opportunity to test on Finnish roads ahead of the rally in order to prepare as diligently as possible. Andreas and Craig also participated in the Rally Estonia WRC promotional event on similarly fast and flowing routes.

“When you feel comfortable in Finland, it’s the most beautiful rally in the world,” said Andreas, “but if you don’t, it’s the worst place on earth. We want to be back fighting at the front of the pack, just as we were in Sardinia.”

Rally Finland is made up of 23 competitive stages over a distance of 307.58km, with action beginning on Thursday with the 2.31km Harju sprint in central Jyväskylä.