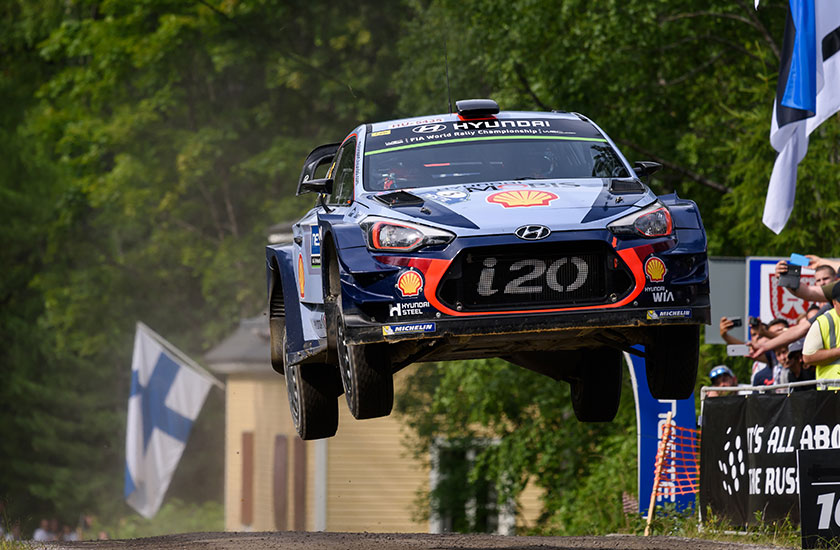 There are a few important things left on our checklist in the WRC. While our ultimate goal is to battle for the manufacturers’ championship, we also have some unfinished business to attend to, including scoring a podium on the fast and furious stages of Rally Finland.

In four previous visits to the Jyväskylä based rally, we haven’t been able to do better than fourth overall. While we expect another close battle between all teams in this year’s event, we are hopeful that we can find the breakthrough we’ve been searching for.

“Finland has never been a rally to favour our team, but we’ll be doing all we can to turn that around,” said our Team Principal Michel.

Break from the old routine

It has been six weeks since we took our third victory of the season in Sardinia, helping us to extend our advantage in the classification to 28 points.

“Sardinia was an incredible weekend,” reflected Thierry. “Now I’m ready to carry the momentum forward into the second half of the season.”

The 23-stage event is renowned for its fast routes and high-speed jumps, which make it a popular, yet tough, rally for drivers and co-drivers.

“Finland is probably the rally the drivers fear the most,” admitted Andreas. “It is also the event they most want to win! The grip is so low, you have to be very confident in the car.”

Hayden took part in the recent Rally Estonia to help prepare for Finland. Along with co-driver Seb, he will be targeting a debut podium of 2018.

“For me, Rally Finland is the most incredible rally of the year,” he said. “Not only are the roads, the jumps and the pure speed impressive, but also the atmosphere is electric.”

The rally gets underway on Thursday evening with the short 2.31km Harju stage before crews tackle a revised route through forests and past Finland’s famous lakes. More than half of the stages will be different to last year’s event  and for our team we hope the results will also be transformed!

“We would obviously like to score our first Finland podium,” concluded Michel, “but more important is getting all three of our i20 Coupe WRC cars into strong points-scoring positions.”