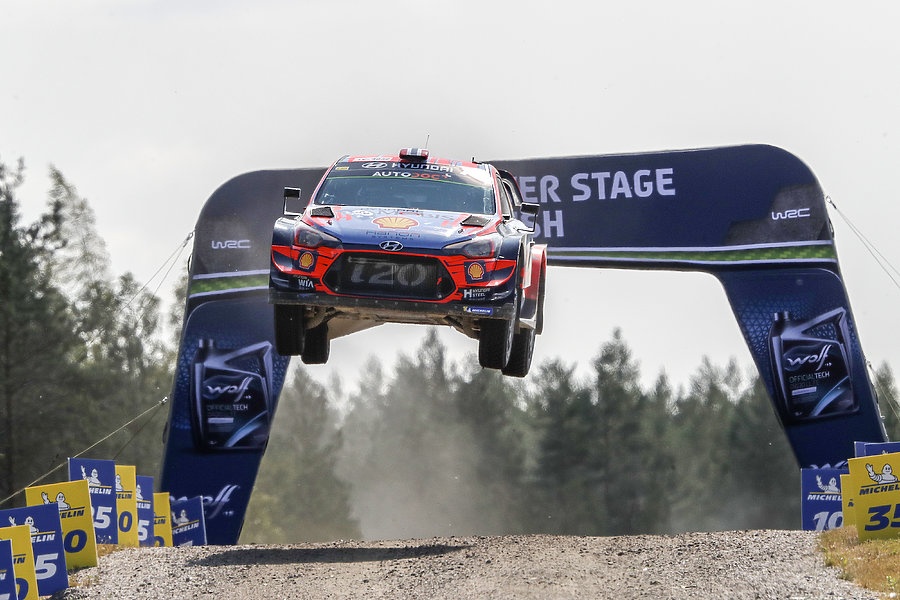 The high-speed thrills and jumps of Rally Finland have once again delivered an exciting spectacle, where split seconds have made all the difference to the final results.

Finland has never been our strongest event, but we have finished the 2019 event with a fine fourth place, having demonstrated a significant improvement in our competitiveness compared to previous years. As a result, we have retained our lead in the manufacturers’ standings with a 24-point advantage over our nearest rivals.

“We weren’t scared to come here,” said our Team Director Andrea. “We have worked incredibly hard to make our car more suited to the demands of this rally. These results are not only thanks to the efforts of our crews but also to everyone at HMSG. It might not yet be a victory but it is a clear sign that when you work hard you get results.”

Andreas and Anders were one of the standout crews of the weekend, scoring three stage wins on their way to fourth place.

They had been involved in a close battle with Sébastien Ogier for much of the rally, swapping positions almost each stage on Saturday. In the end, another gritty performance from our Norwegians gave them the upper hand.

“Fourth place, even if it wasn’t quite a podium, means a huge amount to me,” said Andreas. “It’s been a tough rally in the past, so it’s fantastic to have cracked the code. I feel like my old self again!”

Thierry and Nicolas had a tough start to the event on Friday, which was worsened by an early road position. Recovering strongly, our Belgian crew stormed to second in the Power Stage to finish in sixth place overall.

“We gave it everything we had,” said Thierry. “The car has shown an improvement in these fast gravel conditions, which is encouraging. We keep our heads high and look forward to the next one.”

The crew was supported on Sunday morning by our new faces Craig and Paul, who were on fine form in the i20 Coupe WRC. The Irish pair set a string of top-two stage times on Friday, making a positive first impression.

“This has been an amazing rally,” said Craig. “To have the opportunity to return to this level of rallying has been very special. We knew the job we had to do this weekend; it’s been a privilege to play our part in the team’s championship efforts. ”

The tenth round of the 2019 FIA World Rally Championship (WRC), Rallye Deutschland, will take place August 22-25.

2019 FIA World Rally Championship for Manufacturers’ Standings
After round 9

2019 FIA World Rally Championship for Drivers’ Standings
After round 9