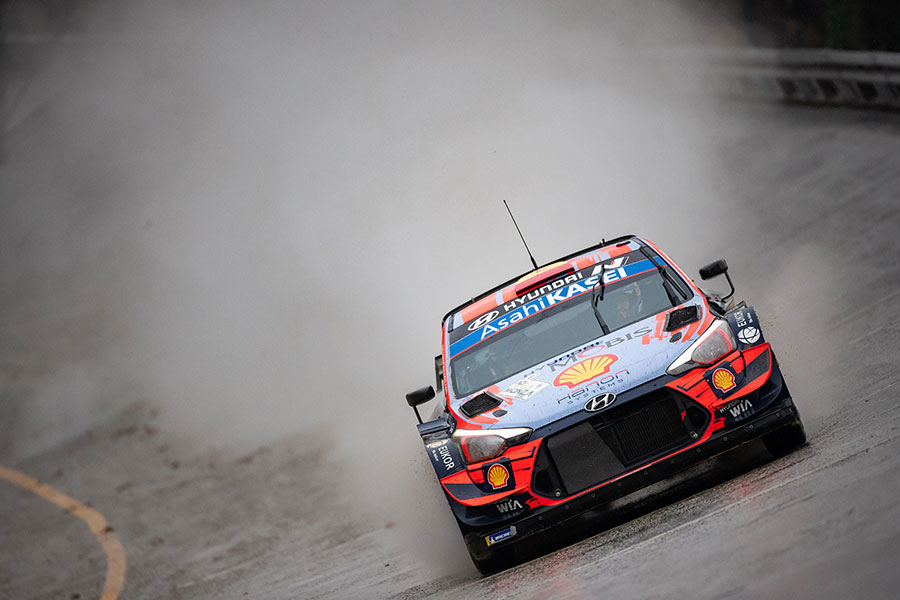 We travel to Italy for the final round of the 2021 WRC season, Rally Monza, aiming to continue our strong form from the previous events and finish the year on a high.

“We approach the end of the 2021 season with the same fighting spirit with which we started it back in January,” said our Team Principal Andrea. “We certainly want to battle for another victory with our Hyundai i20 Coupe WRC and see out the year in style.”

Terrific on tarmac
After Rally de España, in which Thierry/Martijn took a confident win, with Dani/Cándido also on the podium, we head to Italy in a buoyant mood. Both crews are hoping for a similar level of performance as WRC returns to Monza for the second time as a championship round.

“I have participated a couple of times at Rally Monza in previous years, both as a WRC event and as Monza Rally Show, so I know the roads quite well,” said Thierry. “As it is the last event of the season, our aim is to push hard and fight at the front.”

“Monza is always a very nice rally to drive, and of course is a special place for the team as we won the manufacturers’ championship here in 2020,” added Dani. “I will of course try my hardest to get the best result possible this year.”

Our pace on tarmac has been impressive so far this season, taking victories at the last two events on the surface (Rally de España and Ypres Rally Belgium). We are therefore targeting another win on the terrain in the final event for our i20 Coupe WRC, as the championship enters a new hybrid era from 2022.

Stepping up
Teemu /Mikko will tackle the rally’s sixteen stages alongside our Belgian and Spanish crews, after Ott and Martin were forced to withdraw from the event due to personal family matters. On their WRC2 debut in our i20 N Rally2, the Finns claimed a spot on the podium, and will be hoping to make a similar impact in Monza as they compete in our i20 Coupe WRC for the very first time.

“Being part of the Hyundai Motorsport WRC line-up for Rally Monza is a great opportunity for us,” said Teemu. “I will follow the goals set by the team and show our speed within those limits.”

As another enthralling WRC season comes to a close, Andrea is hoping to finish 2021 on a positive note: “For different reasons, we are not in the same championship position as when we last competed at Monza, but that doesn’t mean we are going to stop pushing for the best possible result.”