Preview: Aiming to complete the season on a high note 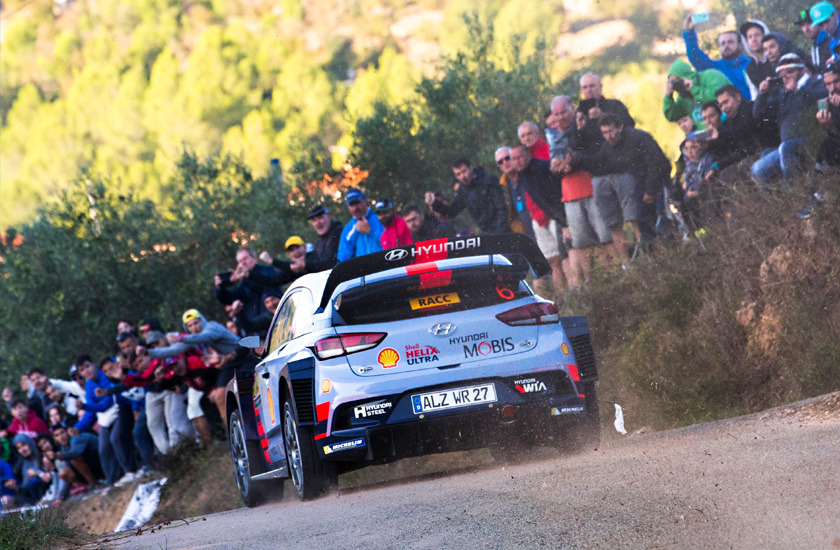 Preview: Aiming to complete the season on a high note

The penultimate round of the 2017 WRC season takes us deep into the forest for Wales Rally GB, the final European event of the year.

After the mixed surface of Spain, we are preparing for an all-gravel challenge on Welsh soil. It promises to be a busy and exciting weekend as we field four cars for the first time this season.

We are focused on securing a strong team result as we strive for a positive end to our fourth season in WRC.

“Entering four cars gives us a chance to perform at our highest level,” explains Team Principal Michel. “At the same time, we recognise the challenges that this rally poses. We can never be sure of the weather conditions  and it can be incredibly slippery.”

Hayden added: “Wales Rally GB is an iconic rally. We can expect some rain and potentially foggy conditions. There are some very nice, fast stages. It is definitely a rally I enjoy.”

Thierry and Nicolas claimed our first ever Wales Rally GB podium last year. They will be hoping for a repeat performance, especially as our Belgian is still mathematically in the Drivers’ Championship hunt.

“We were dealt a harsh blow in Spain,” said Thierry, “but we are ready to fight back in Wales. I have finished on the podium a couple of times and get a buzz from the atmosphere. I intend to keep pushing right to the end of the championship.”

Andreas and Anders made a positive impression by leading the rally in Spain, although it was a learning weekend. Wales will offer another opportunity for our Norwegian crew to adapt.

“It is great to have a rally under my belt with the team,” commented Andreas. “Wales Rally GB has always been a special event for me, personally, as it was where I had my first-ever WRC event as a 17-year-old. I’m looking forward to it.”

Dani and Marc will be competing in the fourth i20 Coupe WRC, the number #16 entry, in Wales. “This is an event that most crews anticipate and enjoy. The combination of gravel stages, inclement weather conditions and high speeds makes for a thrilling rally,” enthused Dani.

Run over 21 special stages and a distance of 304.36km, Wales Rally GB offers a tough schedule with stages run deep into the forest. Dark mornings and evening make for a typical late autumn rally.

Saturday is the longest day of the weekend and incorporates stages run in the dark. The 13.91km Aberhirnant stage starts at 7.55am with the day’s action concluding twelve hours later. The Welsh weather is always ready to play its part, too!