Game on for Monte-Carlo 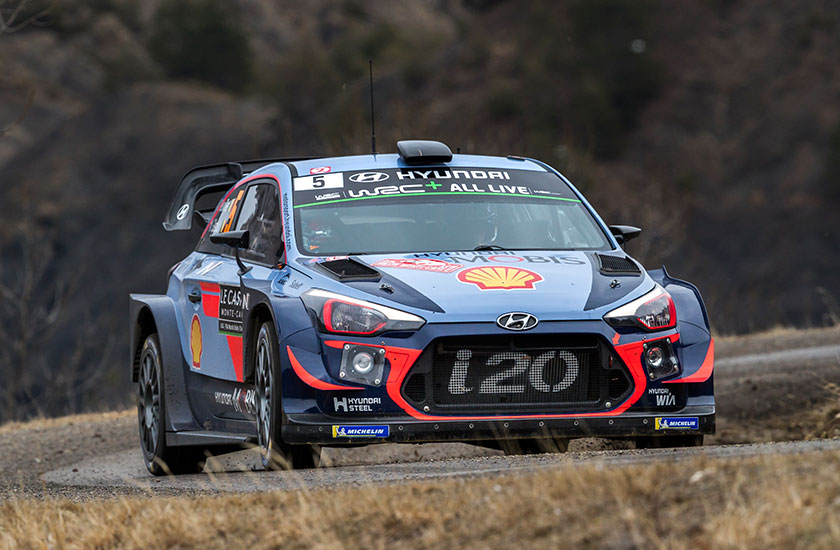 The scene is set for another exhilarating season of WRC as we prepare for the iconic Rallye Monte-Carlo, the opening round of 2019.

One of the most demanding events on the calendar, this year’s Monte will feature a fresh route with up to 40% of the stages remodeled. Yet, the unique challenges of the rally will remain with late evening stages, unpredictable icy and snowy conditions and complex tyre strategies.

Despite showing promising performances at Monte-Carlo, we have only once taken a podium result, in 2016 with Thierry and Nicolas. Our Belgians, in the #11 i20 Coupe WRC, will be hoping for a return to the top-three.

“We are revved up and determined to get the 2019 WRC season off to the best start possible,” said Thierry. “We have built up competitive pace in recent seasons, even if the results have not really been there. I expect – and hope – to fight for the podium, and I will even be looking to go for the victory if at all possible.”

Andreas took third place in 2015 and second, with his co-driver Anders, in 2016. Our Norwegians will be targeting an improved season. “Anders and I have worked hard over the winter to learn from our first full season as a Hyundai Motorsport crew, as we aim to build a consistent and strong assault for 2019,” said Andreas.

For our newest crew Sébastien and Daniel, Rallye Monte-Carlo is extremely familiar territory. “It is one of our favourites,” said seven-time Monte winner Sébastien. “Daniel, my co-driver, is Monegasque, so it’s his home rally for him, while it is also something of a home event for me as all of the stages are in France. This year will be a particularly special one with a new team and a new car. I am very motivated.”

All three crews will have had the opportunity to test the i20 Coupe WRC ahead of Monte, albeit with differing preparation time.

“We begin a new season in a refreshed state of mind and looking ahead to what promises to be another exciting, competitive and adrenaline-fuelled championship,” said our Team Director Andrea. “Monte-Carlo is the perfect place for battle to commence.”

Rallye Monte-Carlo begins on Thursday, January 24 with a shakedown at Gap, run over a 3.35km route, before the ceremonial start in the centre and two evening stages.