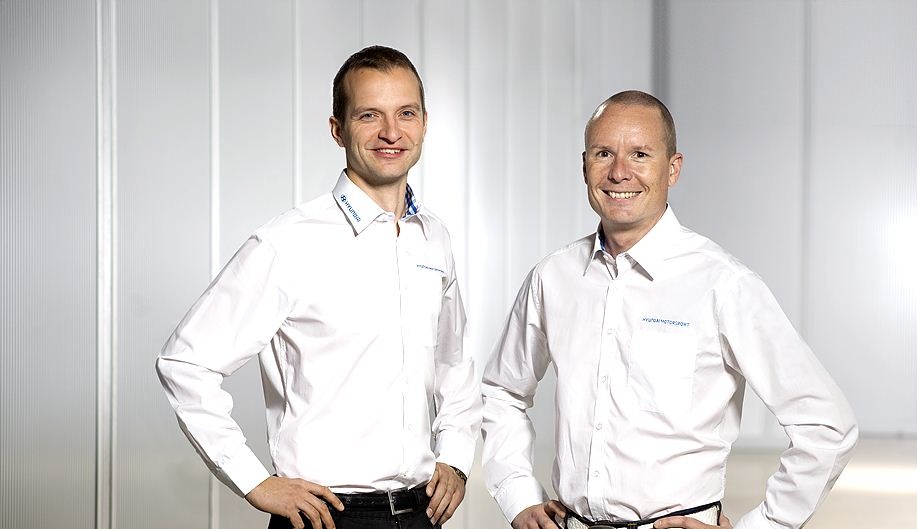 32-year-old Hänninen has become well-acquainted with Hyundai Motorsport throughout 2013, having completed an impressive 3,500 testing kilometres at the helm of the i20 WRC this year. The Finn has played an integral role in the team’s preparations for its debut WRC season and will be another strong asset to Hyundai Motorsport in its debut season.
“I am very pleased to continue our working relationship with Juho,” commented Hyundai Motorsport Team Principal, Michel Nandan. “He was the first driver to sign for Hyundai Motorsport earlier this year and he was the one who completed the first ever runs in the Hyundai i20 WRC. He has shown great loyalty to our new team and it is fitting that he joins us at a number of specific events during our maiden WRC season.”

“Juho has done an outstanding job in testing this year. He has proven to be a very complete driver with a perfect mix of speed and technical abilities, as well as being a real team player giving valuable feedback to our team of engineers” continued Nandan. “He brings with him a vast experience of WRC and he has completed the most kilometres in the Hyundai i20 WRC this year so we feel he will be an ideal complement to Thierry.”

Hänninen will be joined in 2014 once again by his co-driver Tomi Tuominen and will make his WRC debut for Hyundai at February’s Rally Sweden, an event he knows very well. He made his WRC debut in Sweden in 2006, winning the Group N class, and finished sixth in this year’s event.

Hänninen has tasted success in a variety of different rally cars in his career and has been victorious in the Intercontinental Rally Challenge, the FIA European Rally Championship and the FIA Super 2000 World Rally Championship since his World Rally debut. He has set a high standard in the S2000 category in recent years and took his first WRC stage win at Monte Carlo this year, underlining his potential at the pinnacle of international rallying.

“I am really honoured to have been chosen by Hyundai to be one of the drivers of the second i20 WRC car in 2014, including Rally Sweden, which is one of my favourites,” said Hänninen. “I have been working with the team a lot since May and it has been a really fantastic project to be involved in. All the people in the team are very nice and it has been friendly environment, but with everyone still giving 100% all the time. It’s been a pleasure to work with them in testing and I really respect the opportunity to drive some rallies for the team in 2014.”

Alongside his occasional appearances in the second Hyundai i20 WRC car next year, Hänninen will also continue to play a vital testing role as the team prepares for 2015.

Hyundai Motorsport has already revealed that a number of drivers will share the second i20 WRC throughout 2014. An announcement on who will be Thierry Neuville’s team-mate at Rallye Monte-Carlo will be made in due course.