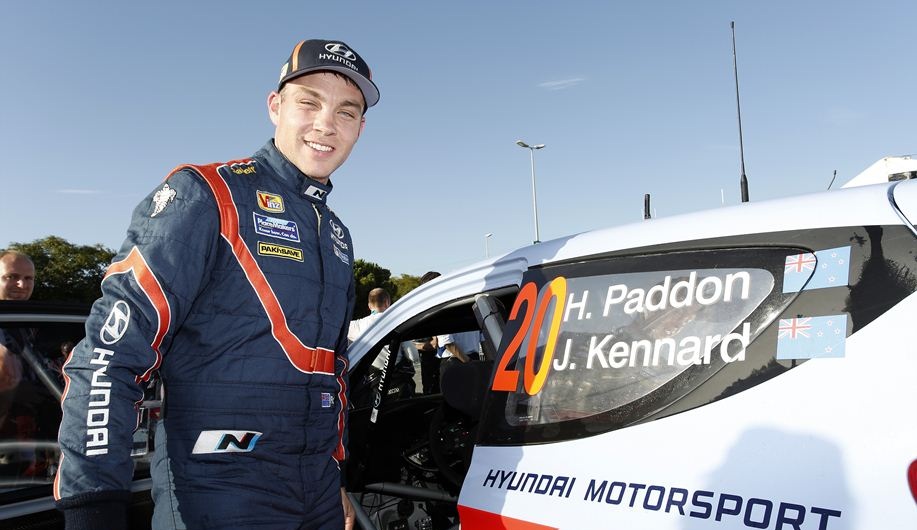 The 27-year-old will take part in a heightened campaign next season, driving a minimum of nine rallies alongside co-driver John Kennard, starting from the second round of the 2015 WRC, Rally Sweden in February. Paddon will also join the Hyundai Shell World Rally Team on recce duties at the season opening Rallye Monte-Carlo in January.

Paddon joined the team in its debut season competing in six rounds of the Championship at the wheel of the #20 Hyundai i20 WRC and scoring points for the Hyundai Motorsport N team.

The Kiwi crew secured a best finish of sixth place at Rally Australia before taking their first ever WRC stage win in Rally Spain. The duo will aim to continue the momentum and positive performances from 2014 into next season, helping the team to maintain its impressive rate of development.

Paddon said: “I am very excited to continue working with Hyundai Motorsport with an expanded programme, starting with round 2 in Sweden. I learnt a lot and built some really good partnerships within the team this year and it was an obvious choice for us to develop more and chase better results in 2015. Also, the confirmation of us doing more events will be crucial for me to develop as a driver and to work closer with the team. The first part of 2015 will remain a learning curve as we will be competing on events in which we have little or no experience. However, once we return to the events that we did this year, I believe we can be very competitive and start pushing to be fighting amongst the top 5. We have high hopes for the year and look forward to working with the team and helping with the development of the Hyundai i20 WRC.”

Team Principal Michel Nandan commented: “I am pleased that Hayden will continue to be part of the Hyundai Motorsport team in 2015 and taking part in a greater number of events with us. He had a great first WRC season with us, putting in some eye-catching performances and helping us a lot in the development of our team and car. He gives excellent technical feedback and works very well as part of a close-knit team with the engineers and mechanics. He has already proven himself more than capable of rallying with the best drivers in the world and his personal development was evident as he reduced the gap to his more experienced colleagues. We are happy to be supporting this next phase in his career and look forward to seeing what he can do in the coming season, which promises to be an exciting one for Hyundai Motorsport.”