Preview: Crews aim for the podium 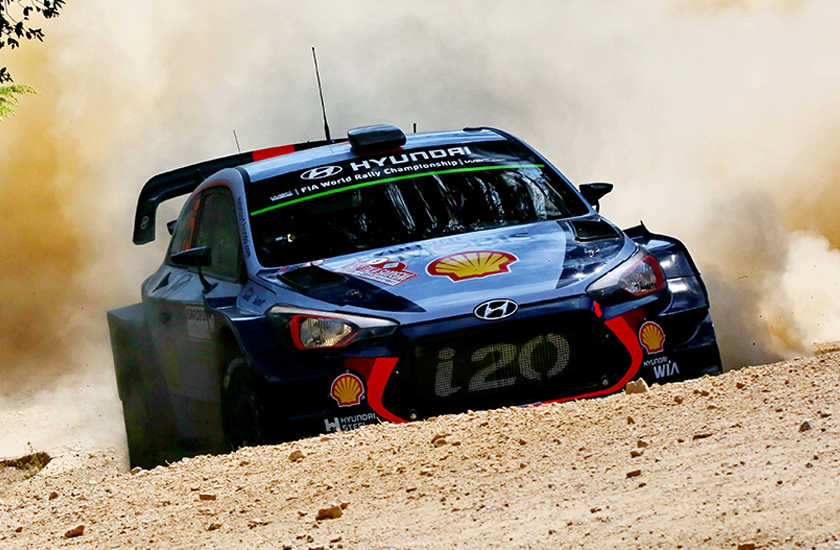 Preview: Crews aim for the podium

There are just five events left on the WRC schedule for 2017, so our crews move onto Rally Poland knowing that every result counts in our Championship charge.

After scoring seven individual podiums in the last five rallies, we are hopeful of continuing our run in Poland. Our target for the high-speed Polish stages is a strong combined team result to enhance our title-winning hopes against M-Sport.

We have secured Polish podium success before, with Thierry and Nicolas in 2014, our debut season, and again with Hayden and John last year.

“We have always been quite competitive in Poland,” says our Team Principal Michel. “Our focus is on the Championship battle. We need to ensure a strong team result at all rallies. That means we need to help our crews to get the best out of their cars, and themselves.”

Sealing their fifth successive podium with a third-place finish in Sardinia, Thierry and Nicolas were able to close the gap on overall Championship leader Sébastien Ogier.

“I really enjoy Rally Poland as I like the flow of the stages. You can be a bit braver at this one and take a few more risks,” said Thierry. “We are now into the second half of the season, where every moment and every decision matters.”

Hayden and Seb led in Sardinia and demonstrated their rally winning pace and potential. With Hayden grabbing a podium in Poland last year, he will be targeting a similar result this time out.

“Our performance in Sardinia showed exactly what we are capable of achieving,” he said. “Poland is definitely one of my favourite rallies. It’s one of the fastest of the year, and of course I love going as fast as I can!”

Our Spanish crew of Dani and Marc will be looking to bounce back from a disappointing Sardinia with a competitive run at one of the fastest rallies of the season.

“Given the speeds that can be reached in Poland, it is vitally important that our pace notes are accurate,” said Dani. “This is particularly the case through some of the corners, where you can lose a lot of time if you make even the smallest mistake.”

Rally action will kick off on Thursday night with a Super Special Stage at the Mikolajki Arena and concludes on Sunday afternoon with the running of the Paprotki Power Stage.