Preview:  Ready to bounce back at Rallye Deutschland 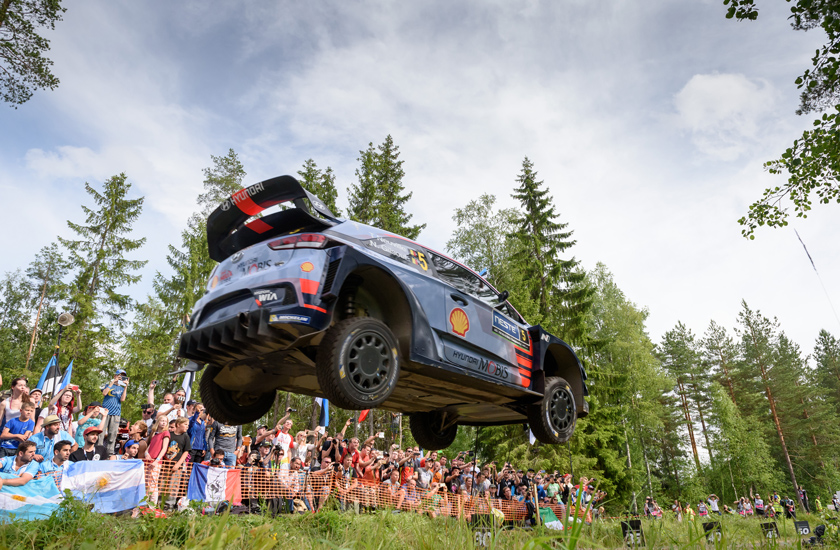 Preview:  Ready to bounce back at Rallye Deutschland

We head into our home event, Rallye Deutschland, with our sights set firmly on the top step of the podium. The tenth round of the 13-event 2017 WRC season sees a return to tarmac after a run of five gravel events.

Despite our struggles at the previous round in Finland, we are in a positive mood with Thierry leading the Drivers’ Championship, equal on points with reigning champion Sébastien Ogier. It sets up a thrilling encounter in Germany, where we took our first ever WRC win back in 2014.

We typically perform strongly on home terrain so all three of our crews will be looking to make it a weekend to remember.

“Rallye Deutschland is one of the highlights of the season for us,” says our Team Principal Michel. “It is an opportunity for us to bring the WRC action closer to everyone who works so hard in our Alzenau factory.”

It is just over two hours to drive from our headquarters to Bostalsee, the site of the Rallye Deutschland service park, which has moved from Trier for this year’s event. Our crews will have 21 special stages to negotiate across different types of tarmac.

“It is like three different rallies rolled into one,” explains Hayden. “We have vineyards, public roads and the classic Baumholder military sections, which combine to make it an interesting challenge.”

We carried out a two-day test on the multi-surface military roads back in July, which are lined with the so-called Hinkelstein rocks. A further four days of tests were completed in the twisty vineyards in early August. We haven’t competed on tarmac since Tour de Corse, which was won by Thierry and Nicolas in April.  It was one of three wins for our Belgian crew so far this season.

“Leading the Championship is something new but I am really looking forward to opening the road,” said Thierry. “Hopefully, we can enjoy another strong performance and try to increase our lead. It won’t be easy but we know we can be fighting at the front.”

Dani and Marc were part of that memorable 1-2 result in 2014, as well as scoring second place again last season. Our Spanish crew is relishing a return to tarmac.

“We have had some highs and lows in recent gravel rallies, so I am aiming to build up some consistent and competitive results in the coming rounds” said Dani. “I am ready to hunt down another German podium.”

Rallye Deutschland gets underway on Thursday 17 August with shakedown followed by the ceremonial start and opening Super Special Stage in Saarbrücken.