Day 2: Sustained struggles for our crews in Finland 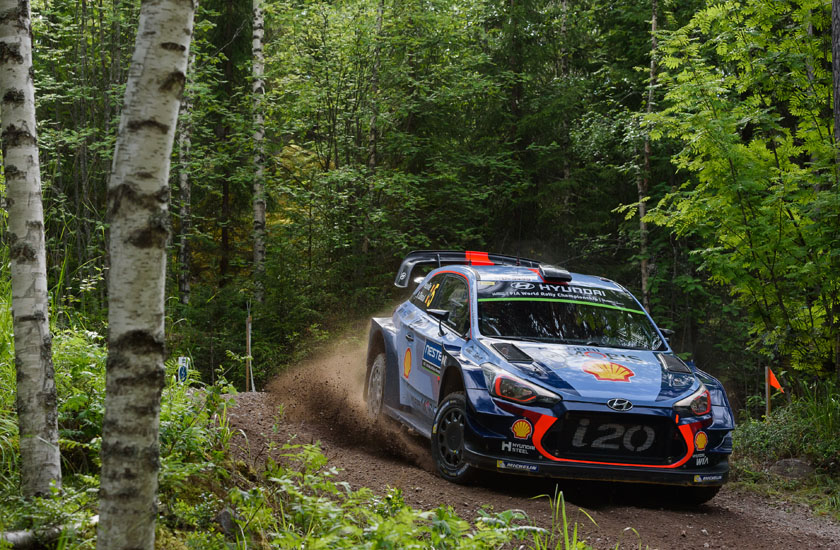 Day 2: Sustained struggles for our crews in Finland

Rally Finland continues to offer us one of the season’s sternest tests, with another demanding day on the ultra-fast gravel stages.

At the end of Saturday, Thierry and Nicolas were the highest placed of our three crews in sixth place, with Dani and Marc in ninth.

Hayden and Seb were forced to retire in the morning loop after hitting a rock on the line. They will re-join again on Sunday.

“Today has been almost a carbon copy of our difficult Friday,” said our Team Principal Michel. “Our rivals have better performance than us this weekend, and we are unable to match them. It is far from where we want to be.”

The highlight of Saturday’s itinerary was the Ouninpohja stage, including the iconic Yellow House jump. In addition, we faced the 14.90km Pihlajakoski, 22.68km Päijäla and 4.21km Saalahti stages.

Thierry and Nicolas moved up two positions as a result of leading contenders experiencing trouble. Our Belgians have not been able to replicate the sort of performance that has seen them fight for victory at many of this year’s WRC events.

“Another dissatisfying day for us,” admitted Thierry. “The car performed better in the afternoon loop, although it wasn’t without its difficulties. We need to pick up as many points as we can, to try and close the gap to Sébastien.”

Returning to the event under Rally 2 regulations on Saturday morning, Hayden and Seb set a top-five time in SS14 (Pihlajakoski). Unluckily, they then hit a rock on the line in SS15 (Päijälä), which forced them to stop for the day.

“There was nothing we could do,” explained Hayden. “All of a sudden I caught sight of a football-sized rock in the road. In the split-second it took to see it, and I knew it would do damage. We could not avoid it and it broke the suspension.”

Dani and Marc have moved into the top-ten. Our Spaniards have not made much impact on the timesheets, despite the impressive Finnish roads.

“These stages are fantastic and it is a privilege to drive them. The two runs through Ouninpohja were incredible, like a circuit inside the forest. We have not been in a position to fight for anything meaningful so we are just focused on getting through each run.”

Four stages will be held on the final day, totaling just 33.84km. A repeat loop of the 6.80km Lempäa and 10.12km Oittila stages will bring the event to a close, with the second run through Oittila acting as the rally’s Power Stage.

There is still time for our Finnish luck to turn. “We know that we need to rely on some luck to make up any more positions on the final day,” said Thierry, “but we’ll see what happens.”