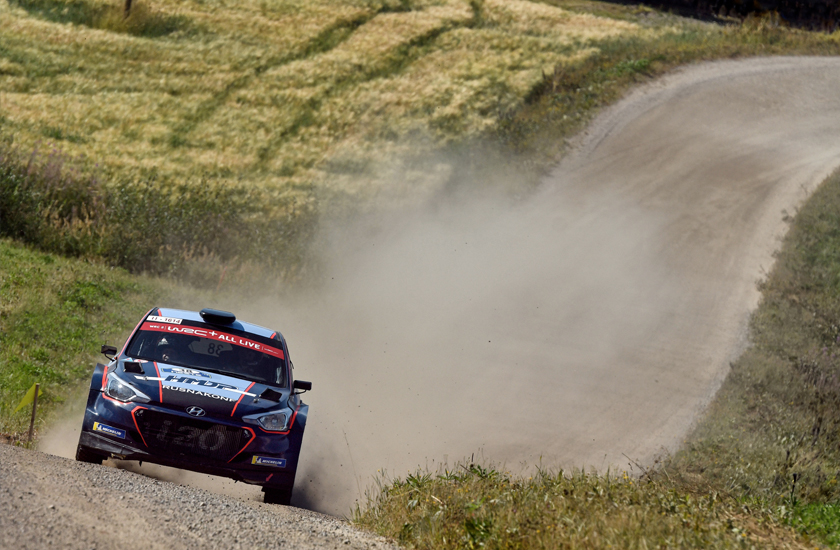 Our HMDP crew Jari and Antti will be hoping to build some momentum following their recent podium result in Rally Finland.

The pair put in a strong performance in their home rally and will be targeting more of the same as WRC2 heads to our own local event in Germany.

Their fifth event of the season will offer an opportunity to get acquainted with the performance of our i20 R5 on tarmac against a strong WRC2 field.

“It was a great feeling to be on the WRC2 podium in Finland representing the HMDP,” said Jari. “We now face our first tarmac rally of the season in the i20 R5. I feel pretty comfortable on tarmac but I know it will be another important learning weekend for us.”

Our Team Principal Michel said: “Jari and Antti showed in Finland what they are capable of when they are fully confident in themselves and their car. Moving from gravel to tarmac will need a different mindset.”

Rallye Deutschland covers 18 special stages and incorporates a wide range of stage characteristics. From lush vineyards to the military roads and open countryside, it is a versatile test for cars and crews.

Jari and Antti both have experience of the rally from last season but this will be their first taste of the Germany stages in R5 machinery.

“It is not a new rally but it will be their first participation on tarmac in an R5 car so there will be some adaptation needed,” added Michel. “We are hopeful that they can pick up another solid result.”

The first stage of Rallye Deutschland will take place on Thursday 16 August at St. Wendel before moving onto more familiar routes for the remainder of the weekend.