i20 coupe WRC set to compete at Rallye du Var 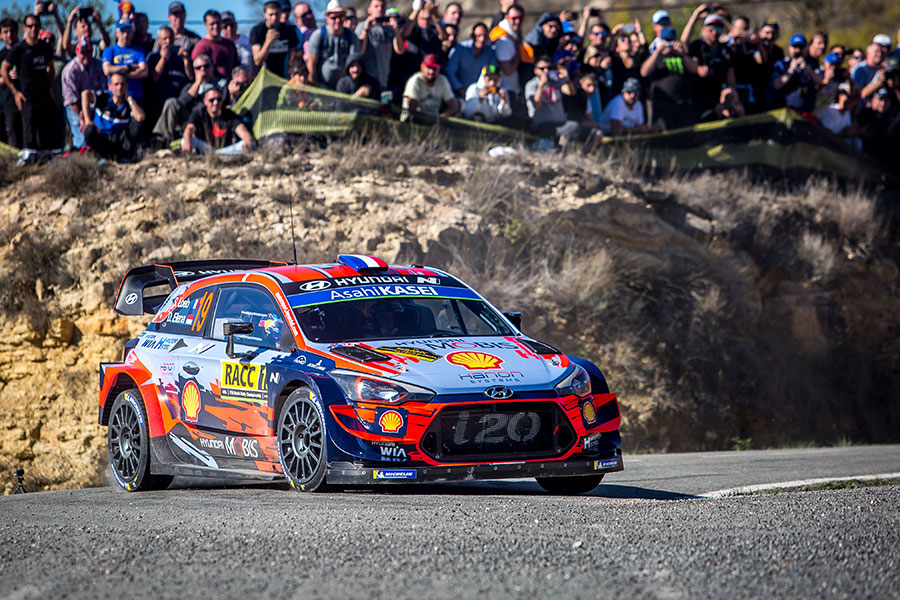 i20 coupe WRC set to compete at Rallye du Var

Our French WRC driver Sébastien Loeb will take part in the forthcoming edition of the popular Rallye du Var, the final round of the French Rally Championship.

The tarmac event, which takes place November 21-24, will offer another opportunity for rally fans to see their hero in action in our i20 Coupe WRC.

He enjoyed a successful demonstration run on home tarmac at Rallye Vosges Grand-Est back in mid-June and has just completed his final WRC event of the season at Rally de España, where he finished fourth.

“I am always grateful for any opportunity to rally in front of the French fans, and to give them the chance to see a world rally car up close,” he said.”

“I have been fortunate to win there on a number of occasions, so it will be special to take part this time in the i20 Coupe WRC,” he added. “I have had a great first season with Hyundai Motorsport; this event will be the perfect end-of-season opportunity to celebrate that – and look together to next year.”

This year’s edition of Rallye du Var will take place one week after the conclusion of the 2019 WRC season, in which we are fighting for the manufacturers’ title.

“We have always kept an open mind to showcasing our i20 Coupe WRC to fans in events other than those in the World Rally Championship,” said our Team Director Andrea. “Sébastien proved such a popular addition to Rallye Vosges in June that we wanted to offer another opportunity for the French fans to get to see him in Hyundai Motorsport colours on home tarmac. Rallye du Var is a fantastic event and will act as a celebration of Sébastien’s continued popularity.”