New car for our fourth season and a brand new era 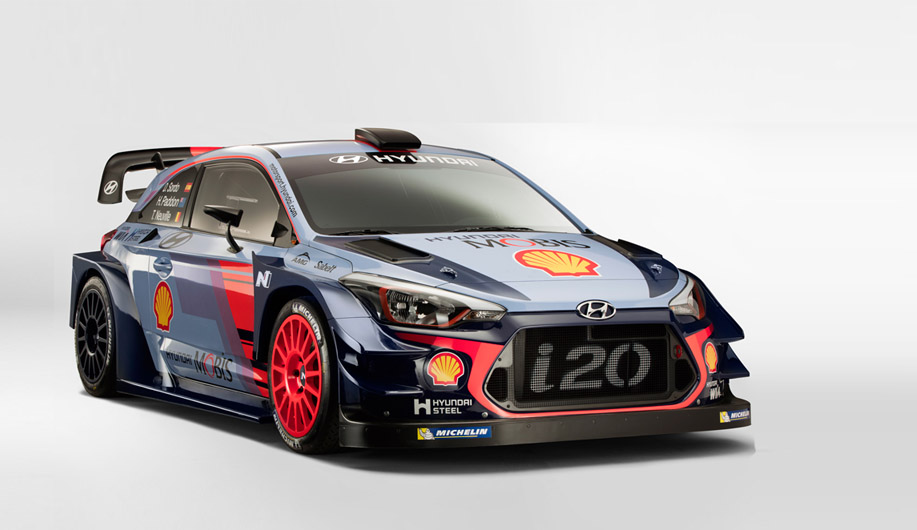 New car for our fourth season and a brand new era

The countdown to the 2017 WRC season has begun! We have revealed our latest challenger, the Hyundai i20 Coupe WRC, at the world famous Monza circuit in Italy.

It’s our third new car in as many years as we aim to build on our positive growth in recent years. 2017 will be an exciting new era for WRC with new technical and revised sporting regulations promising to enhance the overall spectacle of our sport even further.

Visually, the cars will be sporting an aggressive new look, whilst engine power has been increased from 300 to 380bhp. Cars will also have reduced overall weight, improved aerodynamic and mechanical grip and the re-introduction of the active centre differential.

“This is the biggest change to the regulations for some time,” explains our Team Principal Michel Nandan. “It’s a great new technical challenge and one that we have tackled with enthusiasm. We want to demonstrate our ability to fight for the Championship next season  and we are confident the i20 Coupe WRC will help us do just that.”

We will have an unchanged driver line-up, offering us important stability. Thierry, Hayden and Dani will contest all rounds of the Championship, alongside their respective co-drivers Nicolas, John and Marc. We are also delighted to announce we have extended our agreements with our long-standing partners Shell and Hyundai Mobis.

Manufacturer teams are able to field up to three cars for each round in 2017. The top-two classified finishers for each team will score points for the Manufacturers’ Championship. Our three crews will now run under a unified banner in 2017: the Hyundai Shell Mobis World Rally Team.

Thierry and Nicolas were one of the standout crews in 2016, with victory in Sardinia and a string of impressive podium results. Finishing second in the Drivers’ Championship, the Belgians want even more in 2017.

“I have high hopes for our new Hyundai i20 Coupe WRC, which is the product of a lot of hard work from everyone in the team,” says Thierry. “We had a very positive 2016 season, and I was delighted to finish the season in second place. We want to be firmly in the fight for the title in 2017.”

After claiming an impressive maiden WRC win in Rally Argentina 2016, as well as an additional two podiums in Sweden and Poland, our Kiwi crew of Hayden and John will be aiming for a more consistent Championship in 2017.

“I want to start challenging for more rally wins and demonstrate more consistent speed throughout the year,” explains Hayden. “The Hyundai i20 Coupe WRC is exciting to drive and I think it will be more exciting for the spectators too. The new regulations will help to make the sport even more appealing to a new generation of motorsport fans.”

Second-placed podium finishes were the highlights of a consistent 2016 season for Dani and his compatriot Marc. Our Spanish duo will now have their sights set firmly on more of the same when the new age of the WRC gets underway in 2017.

“We are all looking forward to this new season,” says Dani. “When I first tested the Hyundai i20 Coupe WRC, I was taken aback by the speed of the car. The more powerful engine and increased grip from the aerodynamics are impressive. The people in this team are some of the best in the business, so we have everything we need for a competitive car and a successful 2017 season.”