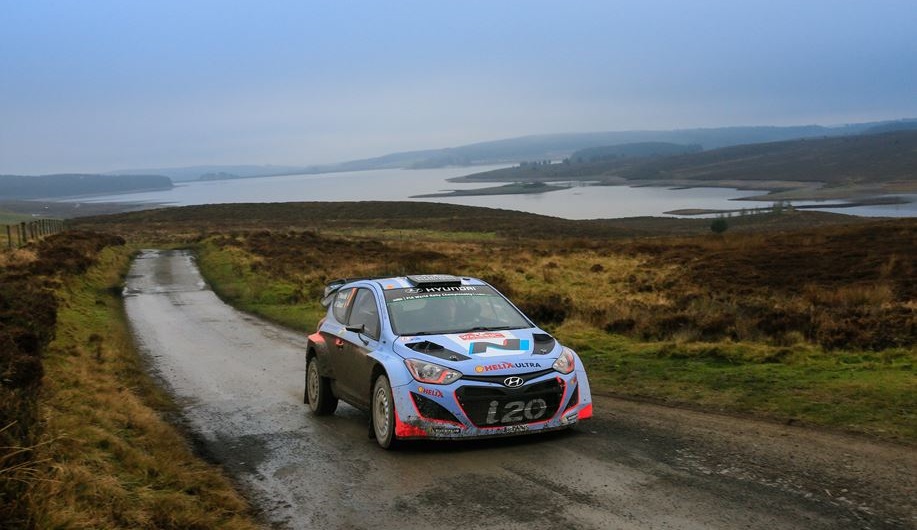 October 12, 2015 – Hyundai Motorsport has today announced a change to its driver line-up for the final round of the 2015 FIA World Rally Championship (WRC), Wales Rally GB, in November.

It has been mutually decided that Thierry Neuville will move to the Hyundai Mobis World Rally Team for the final round of the season in an effort to help the Belgian regain his confidence ahead of 2016, and to support the team’s push to secure second in this year’s Manufacturers’ Championship.

The decision was taken and fully supported by all parties following a meeting at the team’s factory on Monday between Neuville, his co-driver Nicolas Gilsoul, Neuville’s manager and Hyundai Motorsport team management.

Hyundai Motorsport reaffirms its full confidence in Neuville, who is already confirmed to drive for the team in 2016, and hopes that this decision will help the Belgian rebuild his confidence and proven capabilities in the Hyundai i20 WRC without the added pressure of a Championship battle.

Neuville commented: “This decision has been reached following a productive meeting with the team in which we both discussed openly our thoughts ahead of the final rounds of the season and planning for 2016. For me, the decision to move to the #20 car for Wales Rally GB will free me up from any Championship pressure and allow me to focus solely on my own driving. This will be important as I strive to regain my confidence ahead of 2016. Next year will be an important season for all of us so this approach will allow me to get my pace back and enter the winter period in the perfect mindset. We can then tackle 2016 together with greater ambitions with the New Generation i20 WRC, and continue to make progress as a team. This is the right decision for me and the team at this time, and it is testament to our positive way of working together that we can reach this conclusion calmly and collectively.”

Team Manager Alain Penasse added: “We have not reached this decision lightly but after a long and open discussion with Thierry and Nicolas. Firstly, we know we need to fight as hard as possible in the remaining rounds of 2015 to secure second place in the Championship. Picking up as many points as we can in these events is vital and the drivers’ form is key to unlocking our full potential. Talking to Thierry, we felt that we needed to find a way for him to regain his confidence and we think removing Championship pressure from him will help him get back on track ahead of our 2016 campaign. Everyone in the team is 100% behind Thierry and we feel this is the right decision to take for Wales Rally GB. We have made a similar driver switch in the past to good effect, and we hope this will again be beneficial not only to the team, but to Thierry as well.”

There will be no driver changes for the forthcoming Rally de España, which will be contested by Neuville in the #7, Sordo in the #8 and Paddon in the #20 cars respectively.