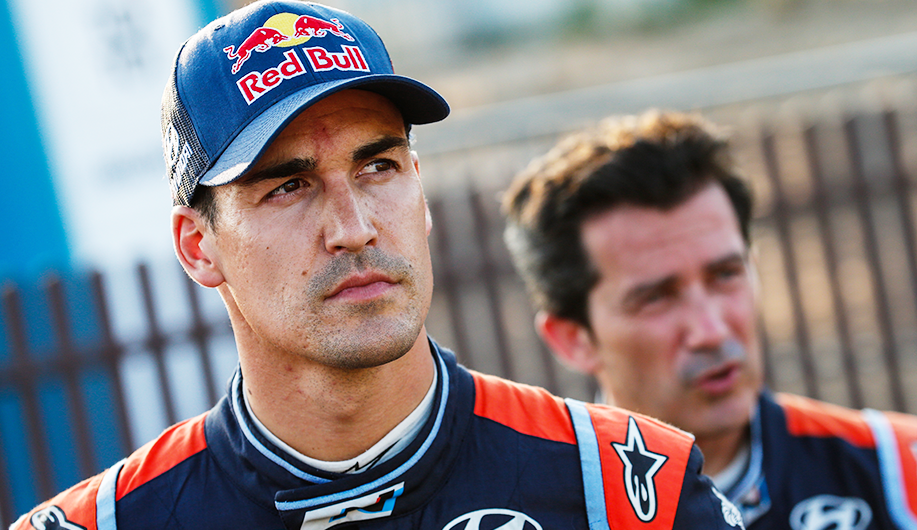 The team’s pre-event test has been rescheduled for 22-25 July with Thierry Neuville, Hayden Paddon and Abbring all on duty ahead of the rally.

July 15, 2016  Hyundai Motorsport has today confirmed that Dani Sordo will sit out Rally Finland, the eighth round of the 2016 FIA World Rally Championship (WRC), in order to recover fully from an injury sustained in testing last week.

Sordo and co-driver Marc Martí were involved in a high-speed accident during their scheduled pre-event test for Rally Finland last Friday (8 July). Subsequent precautionary checks at the hospital revealed that Sordo had sustained a fissure fracture of a vertebra. The Spaniard was discharged from hospital and has since been recuperating at home in Spain.

Test driver Kevin Abbring and co-driver Seb Marshall will take over the #20 New Generation i20 WRC in Finland, competing in their third event of the season for the Hyundai Mobis World Rally Team. Sordo will return to action at Rallye Deutschland next month.

Hyundai Motorsport’s pre-event test for Finland has been rescheduled for 22-25 July, with Thierry Neuville, Hayden Paddon and Abbring all on driving duties.

Team Principal Michel Nandan said: “Dani is recovering well from his injury and is making good progress. However, it is important that he recovers fully so we have made the mutual decision for him to miss Rally Finland. This will allow him to be at his best for Rallye Deutschland in mid-August. Kevin will take over the #20 car for this event and will join our rescheduled PET next week alongside Thierry and Hayden. After a detailed analysis of the car, we have identified the technical problem that led to Dani’s crash. The specific parts are under investigation and we have already taken steps to ensure there will be no repeat of the issue.”