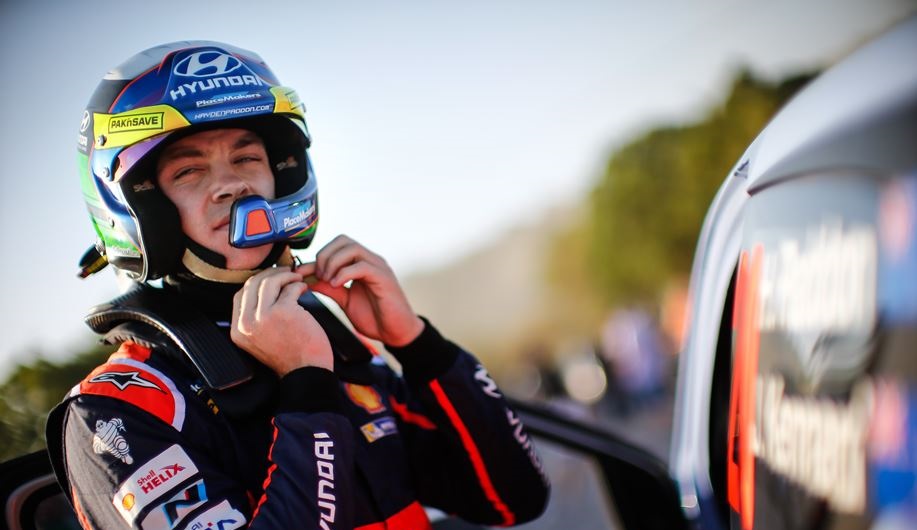 Hyundai Motorsport has signed a new three-year contract with Hayden Paddon, which will see the Kiwi remain with the team until 2018

October 19, 2015 – Hyundai Motorsport has today announced it has signed a new three-year contract with Hayden Paddon that will see the popular New Zealander contest all rounds of the FIA World Rally Championship (WRC) with the team from 2016.

Paddon, who initially joined Hyundai Motorsport for a six-rally campaign in 2014 and has been running an expanded programme of twelve WRC events this season, will step up to a full time role from Rallye Monte-Carlo in January alongside his co-driver John Kennard.

The 28-year-old was identified as a rising star in the rally world early in Hyundai Motorsport’s WRC programme with Hyundai recognising its responsibility as a manufacturer to support champions of the future.

Having made his debut as a Hyundai Motorsport driver at Rally d’Italia Sardegna in June 2014, at the same event twelve months later Paddon led a WRC event for the first time and claimed his maiden WRC podium.

The Kiwi has demonstrated utmost professionalism in all events with the team and proven to be a well-rounded, consistent and competitive World Rally driver. Most impressively, he has also shown a significant rate of progression from each rally to the next, and has five top-five results to his name so far this season.

Team Principal Michel Nandan commented: “I am delighted that we have been able to extend our partnership with Hayden for a further three years and to have him compete in all rounds of the WRC with us. Since he joined the team early last year, he has proven to be a worthy addition to our young team. He is consistent, quick and determined and with even more potential for growth. From the start of our WRC programme, we have wanted to support fresh, young talent and Hayden has shown just how successful this can be. I am personally looking forward to see what he can deliver over the next three years with Hyundai Motorsport.”

Paddon said: “I am very excited to sign with Hyundai Motorsport for a further three years. The past two seasons have been an amazing journey and we have grown a lot. The team has helped me to develop and based on the rate that we have progressed together I have no doubt we will be winning soon. We are all working and striving towards becoming World Champions and I firmly believe Hyundai Motorsport will offer me the best opportunity to achieve that goal. First and foremost, though, we must target our first rally victory and that is my personal target for 2016.”