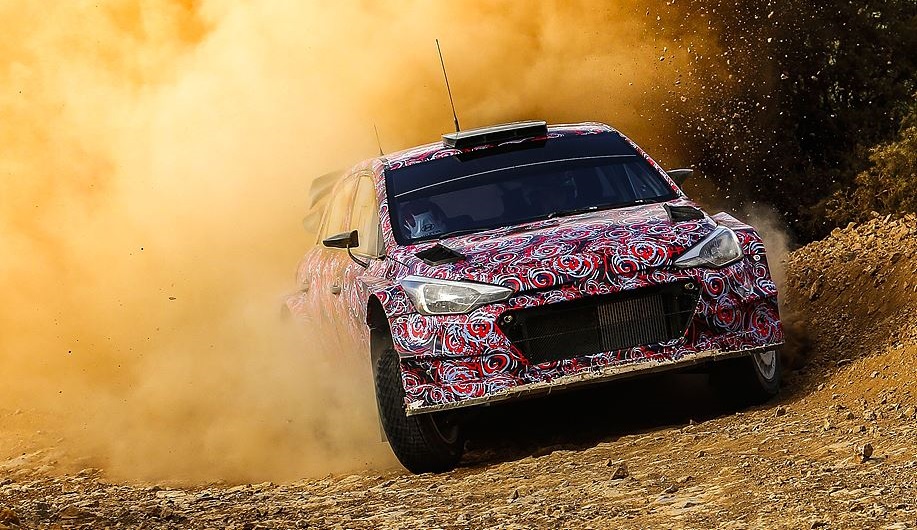 December 3, 2015 Hyundai Motorsport is nearing completion of its brand new rally car, the New Generation i20 WRC, with which the team will contest the 2016 FIA World Rally Championship (WRC), its third season of competition.

The New Generation i20 WRC, the successor to the existing i20 WRC car, has undergone a rigorous test and development programme during 2015, completing over 8,000km across several test sessions since March.

The all-new car has been put through its paces on both gravel and tarmac in four separate countries Germany, France, Finland and Spain running concurrently with Hyundai Motorsport’s successful 2015 WRC campaign.

The team has ramped up the test and development programme for the New Generation i20 WRC from basic tests earlier in the year through to component evaluation, settings and ultimately more recent performance runs. The team has been satisfied with progress and has recently submitted all necessary documentation to the FIA for homologation of the car. Finalisation of the important homologation process is expected this month.

Hyundai Motorsport will formally unveil the New Generation i20 WRC during a presentation at the team’s factory in Alzenau, Germany next Wednesday.

Team Principal Michel Nandan said: “We are approaching the final phase of preparation for our New Generation i20 WRC ahead of its debut in the 2016 FIA World Rally Championship. Since March, we have completed around 8,000km in stage conditions with the car, on both gravel and tarmac. We have carried out an average of one test per month with the new car, including a test this week in France, which ends tomorrow. For a young team like ours, to run an intensive testing programme alongside a heightened WRC campaign has been quite an achievement but we now embark on some important milestones. We all look forward to officially unveiling the new car in Alzenau next week, before concluding the all-important homologation process with the FIA. From there, we can really start the 2016 season. We have covered different types of terrain and rally conditions in testing so far, but we haven’t yet run the car on snow, so that’s something we will carry out later this month, both as part of the car development but also as a pre-event test for Rally Sweden. These are exciting times for Hyundai Motorsport as we conclude final preparations for the debut of the New Generation i20 WRC in Rallye Monte-Carlo next month.”

Testing pictures of the New Generation i20 WRC are available in the Pictures gallery of this website within the Test section.