Hyundai Motorsport goes down under for Rally Australia 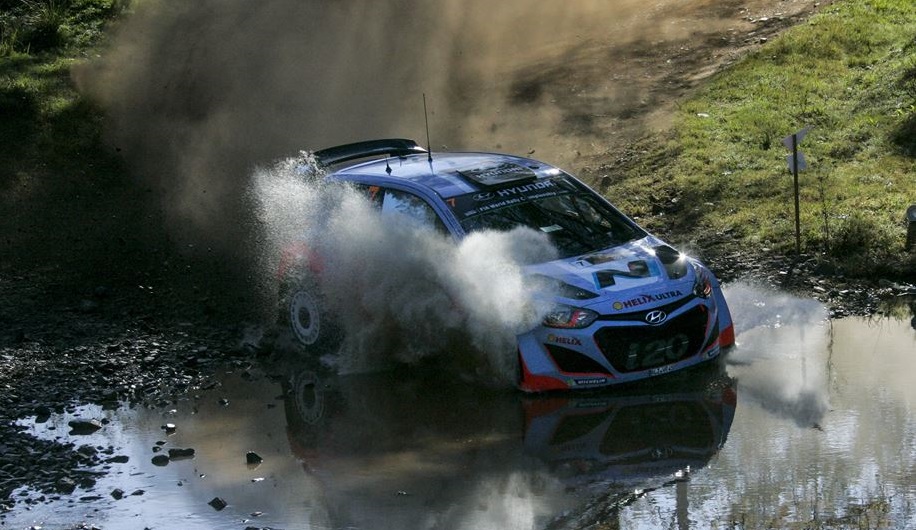 September 4, 2015  Hyundai Motorsport aims to strengthen our hold on second place in the Manufacturers’ standings at next weekend’s WRC Rally Australia, the tenth round in the 13-round 2015 WRC championship.

We will send three cars down under and hope to continue momentum after leaving Rally Germany last month with a fourth and fifth place result. We have shuffled our driver line-up just for this event to make the most of the experience that each of them has on this rally.

Thierry Neuville will drive his Hyundai i20 WRC #7 as usual but Dani Sordo and Hayden Paddon will swap to maximise our chances of Championship points. Hayden has a lot of experience on these Australian roads but it will be Dani’s first time at event since it moved from Perth, so he will try and gain experience over the weekend.

Rally Australia is set in beautiful Coffs Harbour, on the coast of New South Wales and between Sydney and Brisbane. The 17 stages include open gravel country tracks and forest roads, and there are lots of exciting corners. Coffs Harbour will be the location of the service area. It is an exciting event, which has been awarded the FIA “Best Rally” prize three times!

“We are looking forward to continuing our recent strong performances as we visit Australia once again”, says Team Principal Michel Nandan. “Regulations mean we have not been able to carry out any testing in Australia so we will be using our experience from last year and the recent upgrades to the Hyundai i20 WRC to see how competitive we can be. We have made some slight changes to our driver line-up for this rally. Dani hasn’t competed in the Coffs Harbour event before so, in order for us to score as many manufacturer points as possible in our fight for second place, we have moved Hayden, with his experience of the Australian gravel roads, into the #8 car and Dani will drive the #20 just for this event.”

Thierry has built his rhythm as the 2015 season has gone on. He came fifth at Rally Germany and will be aiming for more Manufacturers’ Points in Australia.

“This is a special event because it is far from home and everything is more difficult to get right,” says the Belgian. “The conditions are usually dry, with fog and dust, so it can be tricky. We have shown good pace recently so we have to build on this and claim as many championship points as possible.”

Hayden will enjoy a lot of support from New Zealand fans in Australia and has high targets for himself as he returns to gravel terrain after the tarmac stages of Germany.

“Rally Australia is one of the races that I’ve been looking forward to all year,” says the young Kiwi. “There will be pressure on me but most of it is going to come from myself. I really want to see if we can be on the podium again. I am happy with the team switch so I can challenge for points. There’s going to be hundreds of Kiwis cheering us on, so we hope to put on a good show.”

Dani is driving confidently after taking fourth place at Rally Germany. He competed in Rally Australia when it was in Perth but will use this first run at the Coffs Harbour event to gain experience for next year.

“It is completely new for me,” says the Spaniard. “I hear that it is very slippery. It has some very fast sections and is very flat. I will work on the route and check out the rally in advance. I look forward to discovering the stages and getting a feeling for this event. I will do my best, like I do at every rally.”