Following our incredible victory in Argentina, were ready to show our competitiveness back in Europe 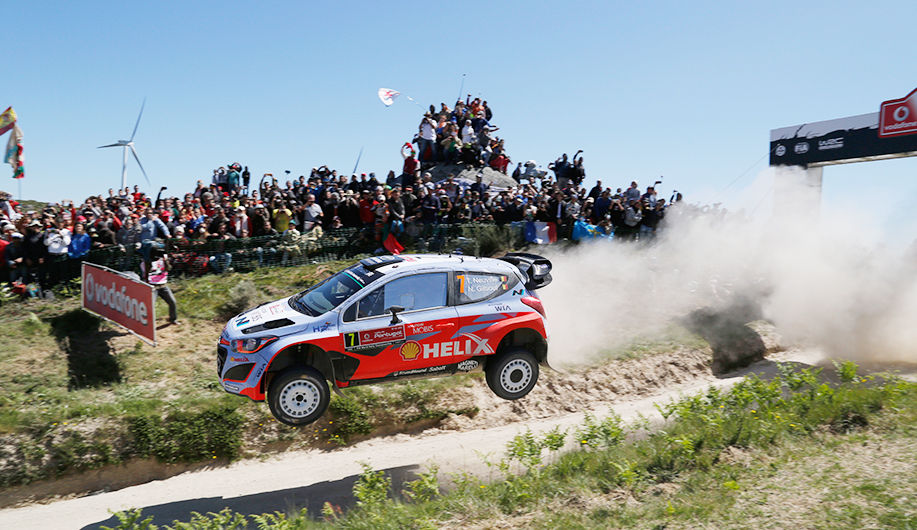 Following our incredible victory in Argentina, we’re ready to show our competitiveness back in Europe

May 13, 2016  What a season it’s been so far! Podiums in the opening two rounds in Monte-Carlo and Sweden, and a fantastic victory last time out in Argentina. We’ve enjoyed our strongest ever start to a WRC season and we’re determined to keep that momentum as we return to Europe.

Rally de Portugal is the fifth event of 14 on this year’s WRC calendar, and it will be the first round of the season where we enter four cars.

Our test and development driver Kevin Abbring, along with his co-driver Seb Marshall, will make their 2016 debut in the #10 car, the 2015 specification Hyundai i20 WRC which Hayden used in Monte-Carlo. He will join Thierry in the Hyundai Mobis World Rally Team for this event.

“Kevin really showed us his potential last year  who can forget his impressive showing at Corsica! Portugal will give him a chance to increase his experience on gravel,” says our Team Principal Michel Nandan.

“I am very excited to be returning to competitive WRC action,” adds Kevin. “As a test driver, it’s good to get competitive kilometres under your belt as well as all the development work, so I can’t wait to get started. We know the Hyundai i20 WRC has good potential. It’s another learning experience for me. I really want to finish in the top ten and score some points.”

Our Rally Argentina winner Hayden will compete for the Hyundai Shell World Rally Team in Portugal in the #3 New Generation i20 WRC, along with Dani in the #4 car. Hayden’s been a man in demand since his win, having received a hero’s welcome back in New Zealand.

“We’ve finally had chance to take in what happened in Argentina,” he says. “It’s still a great feeling and a weekend I will never forget. We have to push the reset button now as we prepare for Portugal. We’re heading into a string of European rallies where we have a lot more experience. We want to continue with the level of performance we showed in Argentina, fighting more regularly at the front!”

Rally Portugal will be almost a home event for Dani with thousands of Spanish fans crossing the border to support their own hero. The support will give our Spanish star a real boost as he seeks his first podium of 2016, having narrowly missed out in the past few events.

“Portugal is one of the most enjoyable rallies of the year for me,” he admits. “We receive a lot of support from Spanish spectators as well as the Portuguese fans who create a fantastic atmosphere. We have some nice stages in this new-look rally in the North of the country. My target is to do another solid rally and hope to fight for the podium.”

Experience counts for everything

Thierry wants to put his experience of last year’s Rally Portugal to good use in this year’s event. Our Belgian will be hoping for a trouble-free performance after a difficult Argentina, in which he fought hard for sixth place.

“We have had a few tough rallies recently after our strong start to the season in Monte-Carlo,” he comments.“We are keeping positive and our expectations for Portugal are high. It’s still quite a new rally for everyone. We gathered a lot of experience, particularly in terms of tyre choice and understanding the roughness of stages on the second pass. We need to focus on getting a good start and quickly finding a rhythm.”

The performance of the New Generation i20 WRC has impressed so far but we’re still taking things rally-by-rally, as Michel explains: “We have had a great start to the season. But this is only round five. We have to keep concentrated on the job in hand, and to get the best out of ourselves. We’ve shown what we can achieve, so the expectations on us are now much higher.”